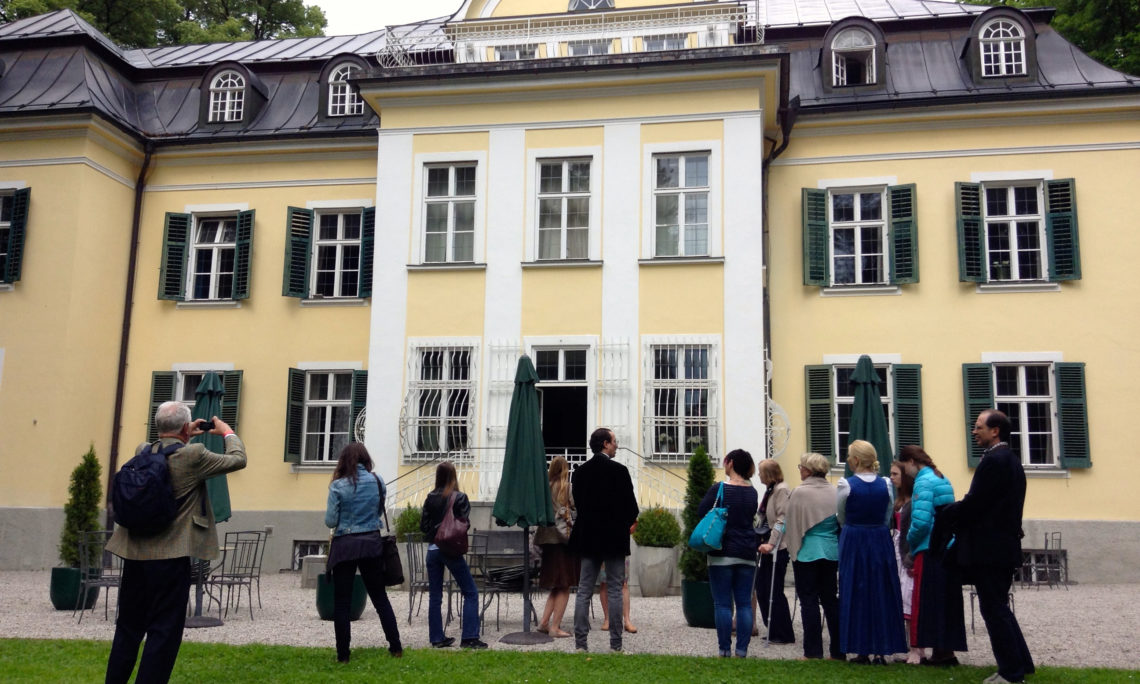 On May 30, the Austro-American Societies Salzburg and Upper Austria, with the support of the U.S. Embassy and Oberbank, hosted an all-day program entitled “The Sound of Music Experience” for Society members and friends.  On the 50th anniversary of the making of the Hollywood classic “The Sound of Music,” the goal of the program was to reflect on the movie’s phenomenal worldwide appeal and to investigate its impact on U.S. images of Austria as well as its relevance for the Austrian tourism industry.

A screening of the movie, followed by a walkthrough of the city to various film locations, a lecture and ensuing panel discussion, and a musical performance by Elisabeth von Trapp, granddaughter of the von Trapp family, at Schloss Leopoldskron filled the entire day.

Georg Steinitz, Austrian-born Director’s Assistant of “The Sound of Music,” contributed anecdotes illustrating the cultural disconnects between the American film crew and the Austrian extras on the movie set.

In the end, participants and discussants agreed that it was the combination of authentic locations plus the image of family as presented in the movie that made for the perennial appeal of this cinematic icon. 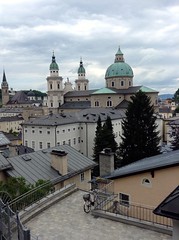