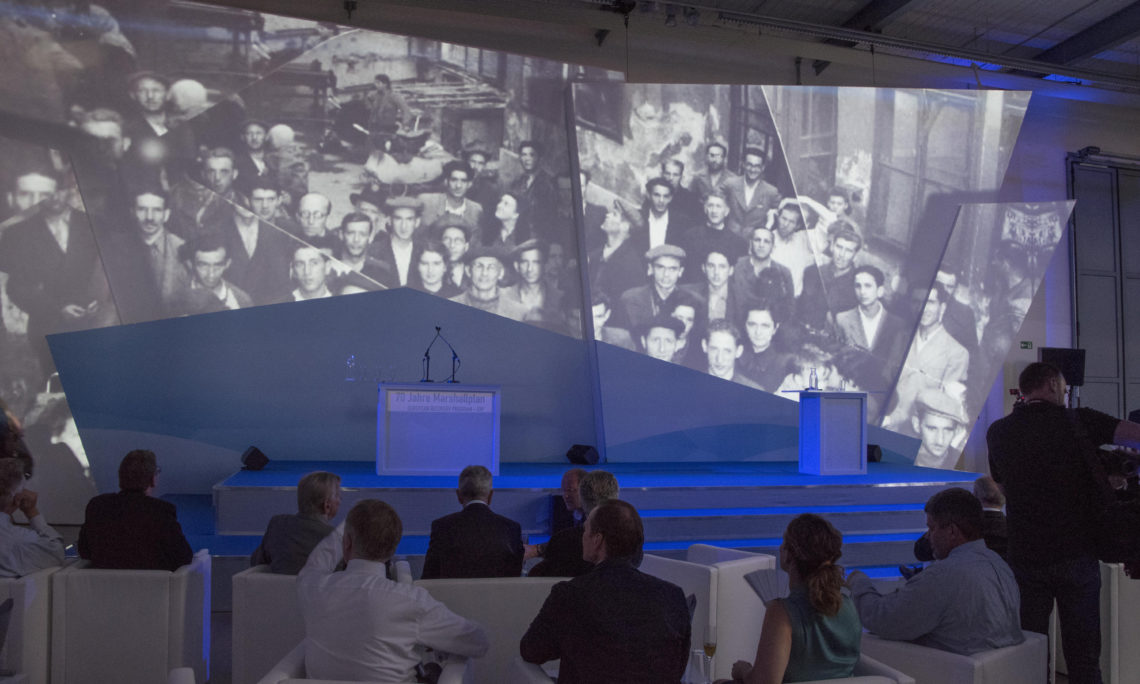 On June 21, austria wirtschafts service (aws) in cooperation with the Austrian Marshal Plan Foundation commemorated “70 Years of the Marshall Plan” with an opening of a museum exhibit and release of the anniversary book “The Marshall Plan – since 1947. Saving Europe, Rebuilding Austria” by Günter Bischof and Hans Petschar. The chosen location was METAStadt, a former industrial site of Elin company which used to be a recipient of Marshall Plan aid. Chargé d’Affaires Eugene Young kicked off the event by highlighting the importance of the European Recovery Program (ERP) in the stabilization of Austria following WWII. Austria was the second largest recipient per capita of U.S. aid to rebuild Europe. Federal President Van der Bellen and Vice Chancellor Brandstetter also expressed their appreciation for the Marshall Plan, and hoped it could provide a good example for aid programs in the future. The ERP Fund still contains $3.2 billion in assets and the fund provides roughly a half billion in loans per year to innovative Austrian startups and SMEs. 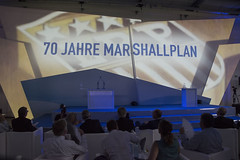