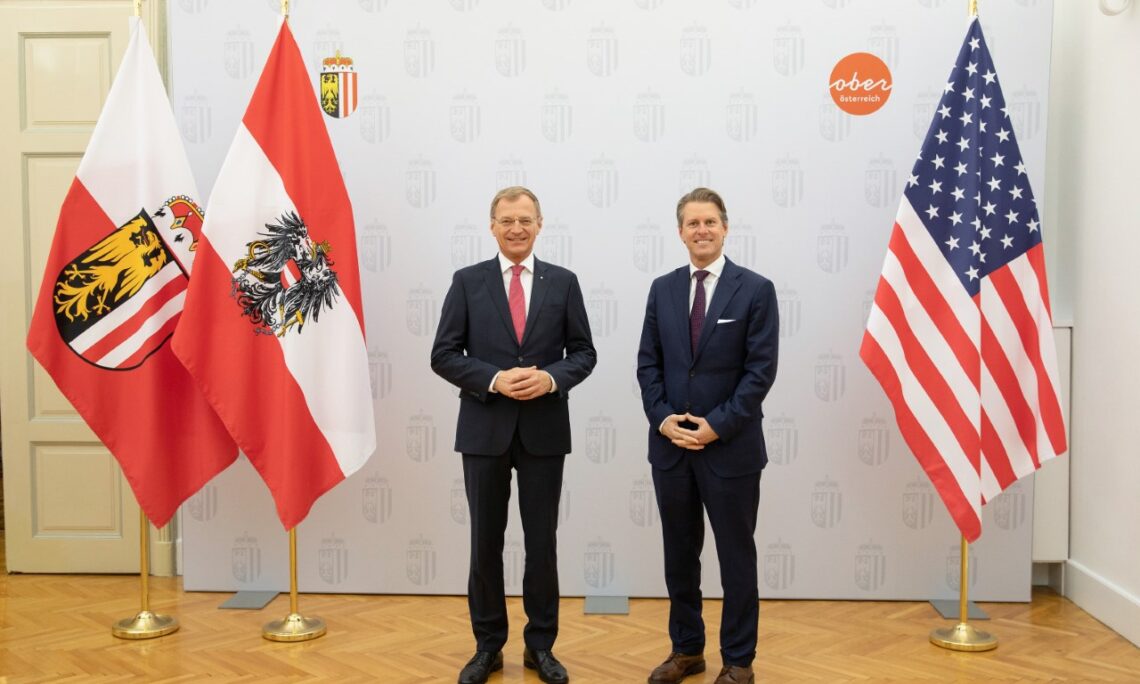 Chargé d’affaires Mario Mesquita recently visited the Upper Austrian capital. During a working discussion with Upper Austrian Governor Thomas Stelzer and a meeting with voestalpine CEO Herbert Eibensteiner, the focus was primarily on the excellent economic relations between Upper Austria and the USA.

During a visit to Ars Electronica, cultural collaborations were discussed, while in the interview with Oberösterreichische Nachrichten, bilateral and transatlantic relations were the main topic.
The worthy end of the two-day trip was the participation in the ceremonial unveiling of a memorial plaque in St. Martin im Innkreis, which commemorated the U.S. rescue of the Lipizzaner horses. Army shortly before the end of WW2 in 1945. The impetus for the memorial plaque came from Colonel Elmar Rosenauer, a militia officer in the armed forces.