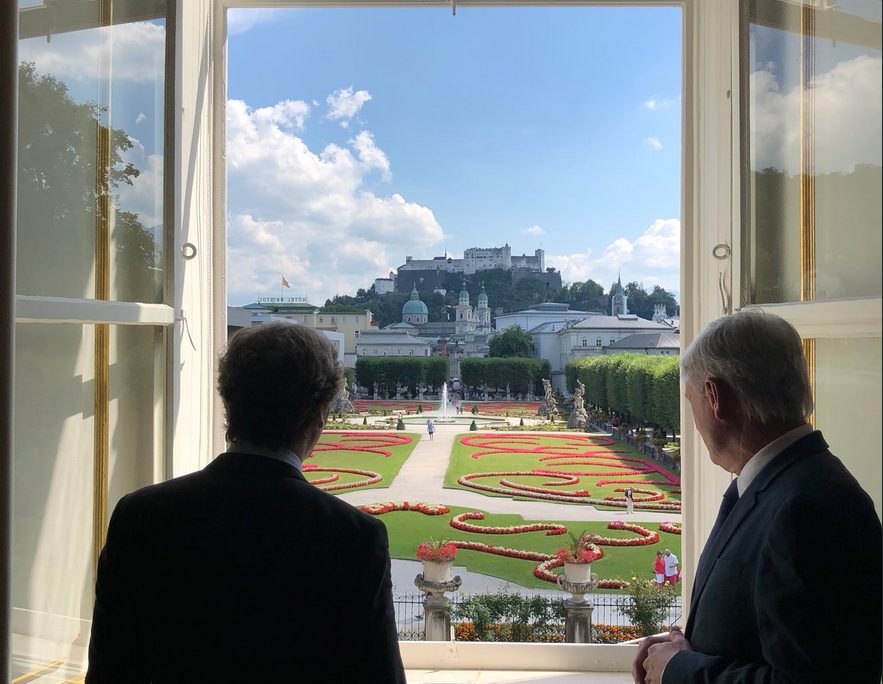 “Perhaps the most beautiful city in Europe!”

That was Ambassador Traina’s comment to “Salzburger Nachrichten” during his visit to the Mozartstadt. In his first official visit outside Vienna, Ambassador Traina called upon Governor Haslauer to discuss increased cooperation between the United States and Land Salzburg. He also stopped by Schloss Mirabell to admire the unparalleled view from the office of Mayor Harald Preuner, with whom he discussed his prior travels to Salzburg as a young boy and a mutual love of skiing. Ambassador Traina also visited with the Salzburg Global Seminar at Schloss Leopoldskron to hear about how this program founded by a group of Harvard students and faculty, brings together the brightest minds to tackle the world’s toughest problems. Ambassador Traina had visited the Schloss previously as a young boy with his grandfather, who was then Ambassador to Austria. He was pleased to discover the hidden passageway in the library was still there. That evening he attended the International Salzburg Association gala, where he ran into President Alexander Van der Bellen. 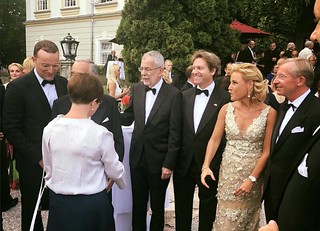