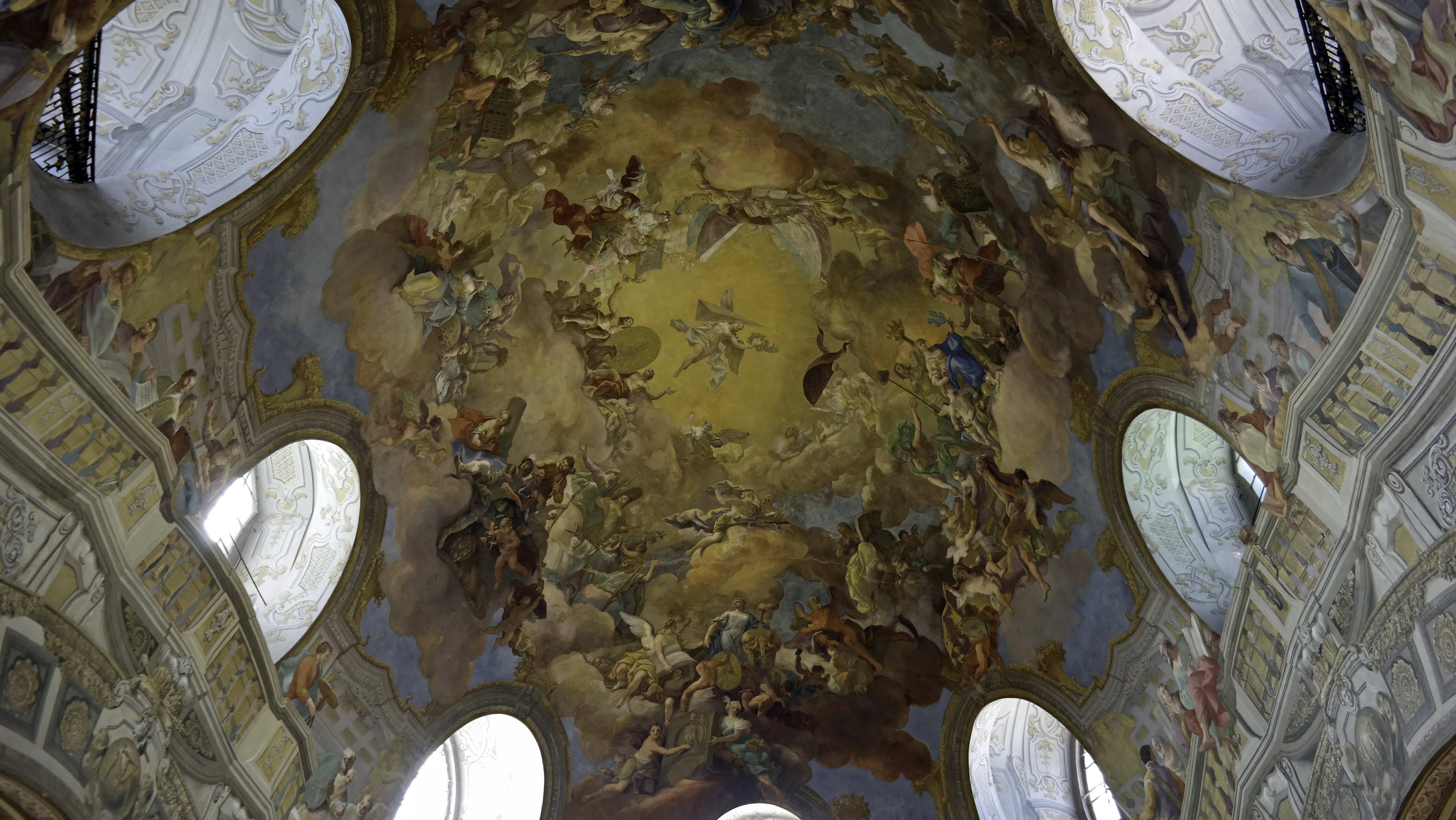 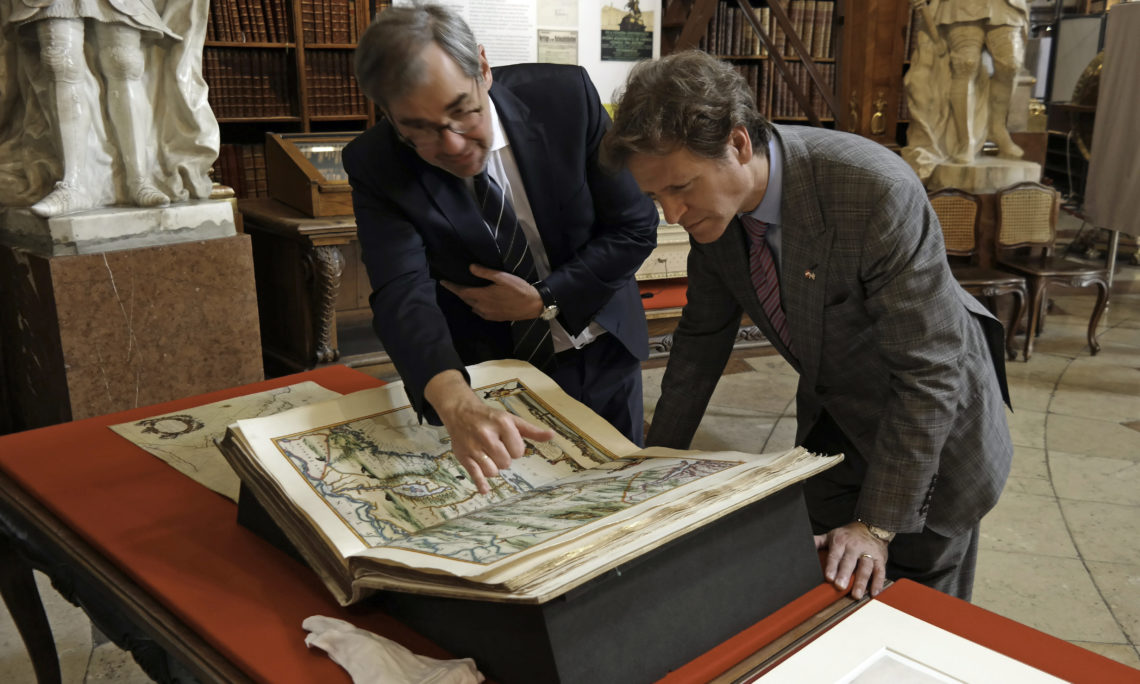 The Austrian National Library has partnered with Google to digitalize over 600,000 books in its State Hall collection. Ambassador Traina visited the 650 year old library to learn more about this project and the history of this Austrian institution. During the tour, Ambassador Traina also viewed some special rare pieces including a mid-16th century map of “New Netherland” (now New York) and a map of “Nova Grenada” showing the “island” of California (Ambassador Traina’s home state). He also viewed an exquisite box presented to Emperor Francis Joseph containing photographs of the Austro-Hungarian pavilion at the 1893 World’s Columbian Exhibition in Chicago.

Ambassador Traina also took a rare trip to the second floor of the State Hall where he felt “overwhelmed and inspired” by the “beauty and knowledge” of the Library. 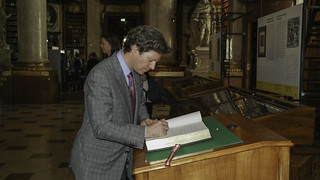