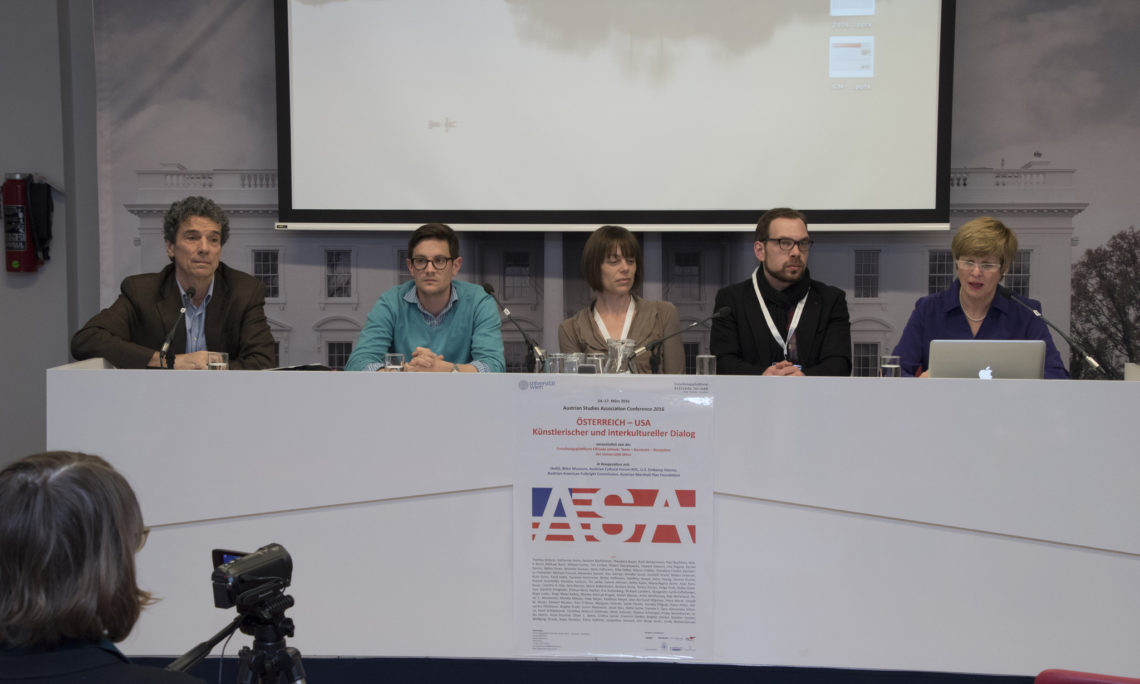 The annual meeting of the Austrian Studies Association (ASA) was held at the University of Vienna March 14-17, 2016 with additional visits to the Museum of the City of Vienna, the Austrian Film Museum, and Amerika Haus. The conference, which was co-hosted by the Elfriede Jelinek research platform of the University of Vienna, focused on the artistic and intercultural dialogue between the United States and Austria. On the closing day of the conference a workshop and panel discussion was held at Amerika Haus where participants from the United States and Austria and representatives of the Austrian Academic Exchange Service, the Austrian Marshall Plan Foundation and Fulbright Austria discussed exchange and career opportunities for young academics in the field of Austrian Studies. A closing reception hosted by the U.S. Embassy provided networking opportunities for the conference participants.