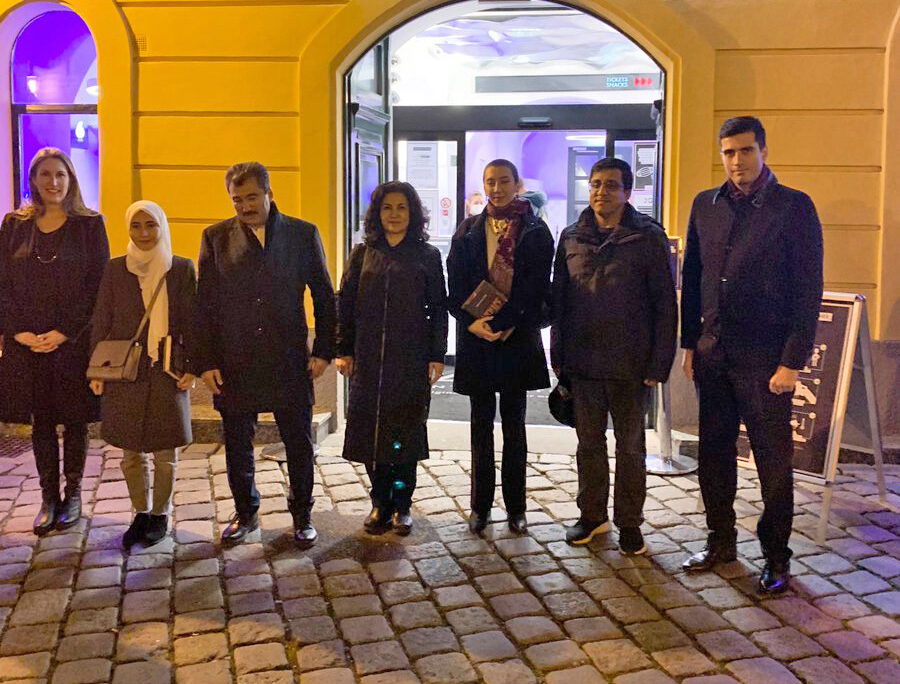 Last Friday, the U.S. Embassy invited to the Austrian premiere of the documentary “In Search of My Sister” (2021) – a moving story of American Uyghur Activist Rushan Abbas, whose sister is one of 1.8 – 3 million Uyghurs taken by the Chinese Communist Party. She embarks on a journey to create awareness and to find clues about her missing sister’s whereabouts. Human rights activist Rushan Abbas, 2021 Pulitzer Prize winner in International Reporting Christo Buschek, and director and producer of “In Search of My Sister” Jawad Mir, attended the screening and answered questions from the audience.

Rushan Abbas started her activism work while she was a student, participating in the pro-democracy demonstrations at Xinjiang University in 1985 and 1988. Since her arrival in the U.S. in 1989, Ms. Abbas has been an ardent campaigner for the human rights of the Uyghur people.

Christo Buschek is an Austrian programmer and digital security trainer, who builds tools tailored for data journalists and human rights defenders. He is a 2021 Pulitzer Prize winner in International Reporting.

Jawad Mirhas directed and produced several features all over the world including Citizen of Moria, Baristas, Escape from Manus Island, Flippin’ Red, and Only 78.  His films have been acquired by the production houses The Orchard and Samuel L. Goldwyn, among others.