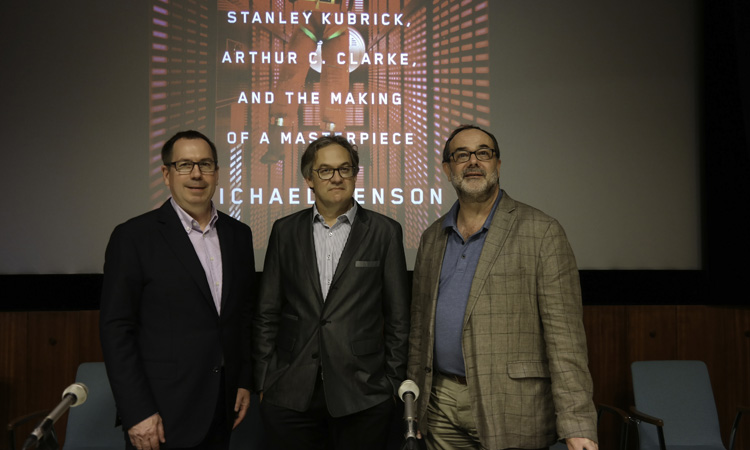 On May 25, Michael Benson spoke at the Natural History Museum Vienna.  On the 50th anniversary of the release of Kubrick’s 2001 – A Space Odyssey, he provided the definitive account of how the movie came to be made.

Michael Benson works at the intersection of art and science. A writer, artist, and filmmaker, his new book, Space Odyssey: Stanley Kubrick, Arthur C. Clarke, and the Making of a Masterpiece examines the four year-long production of 2001: A Space Odyssey. Over the last decade Benson has staged a series of increasingly large-scale exhibits of planetary landscape photography internationally. His show Otherworlds: Visions of our Solar System, featuring an original hour-long ambient composition by Brian Eno titled Deep Space, opened at the Jerwood Gallery of London’s Natural History Museum in 2016. It has since been exhibited at Vienna’s Natural History Museum, the Queensland Museum in Brisbane, and at the CosmoCaixa museum in Barcelona.