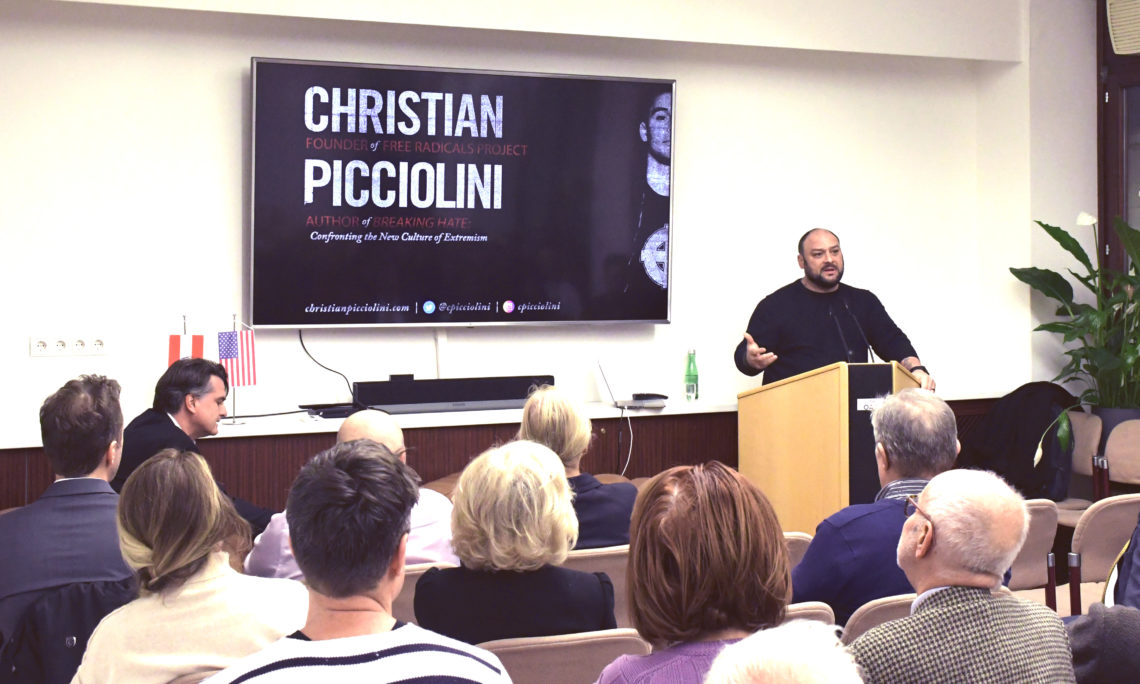 The U.S. Embassy invited activist and reformed white supremacist Christian Picciolini to Vienna to talk with stakeholders about his work in extremism intervention, prevention, and disengagement. Christian Picciolini runs the NGO Free Radicals, which works on outreach to communities vulnerable to radicalization. Mr. Picciolini has trained government and law enforcement agencies and given talks around the world on the most effective strategies to confront the new culture of extremism that is growing around the world.

Building on his personal story and work, Picciolini discussed recruitment methods used by extremists, as well as countermeasures and strategies for building community resilience. This event was modereted by Christoph Ultsch, Foreign Editor at Die Presse, and co-hosted by the Austro-American Society, the Documentation Centre of Austrian Resistance, and the Austrian Muslim Youth.

If you would like to receive information about upcoming events, please e-mail: ViennaPrograms@state.gov