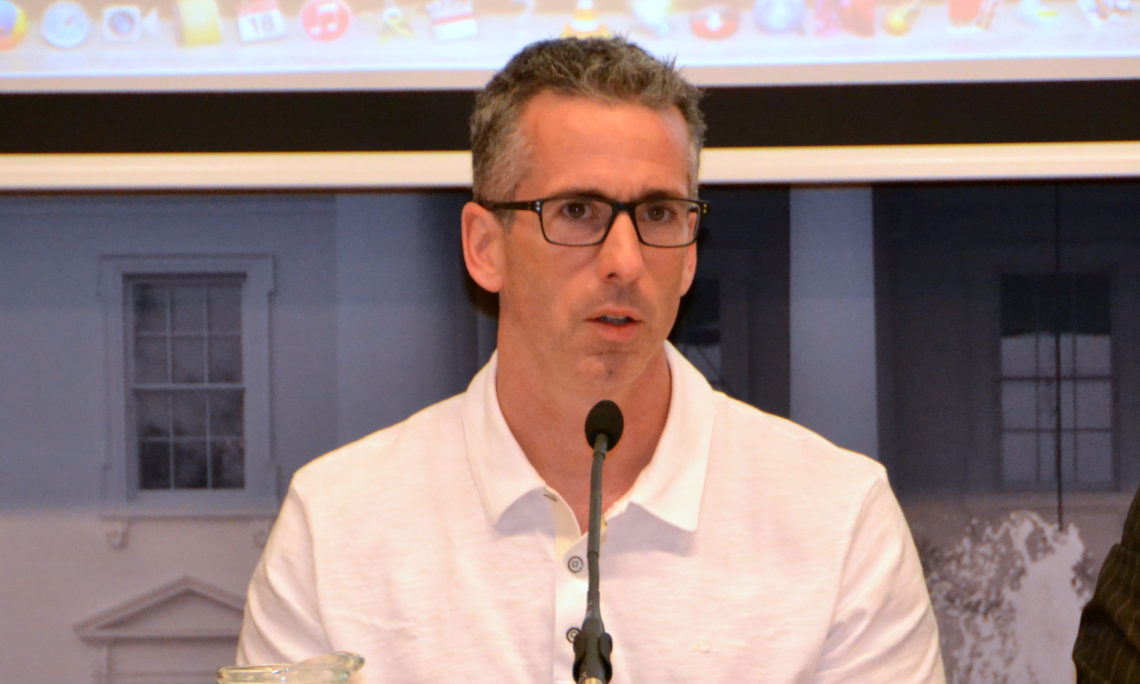 Dan Savage, award-winning author, journalist, newspaper editor and political commentator, participated in a panel discussion on “Suicide Prevention among LGBT Youth” at the Amerika Haus.  In 2010, Savage, who writes the internationally syndicated relationship and sex advice column Savage Love in The Stranger, an alternative weekly newspaper in Seattle, and his husband Terry Miller began the “It Gets Better Project” whose mission is to communicate to lesbian, gay, bisexual and transgender youth around the world that it gets better, and to create and inspire the changes needed to make it better for them.

Aside from Dan Savage and Terry Miller, the panel, which was chaired by Wolfgang Wilhelm, Viennese Anti-Discrimination Unit for same-sex and transgender lifestyles (WASt), consisted of Patricia Bohrn, ”It Gets Better“ Austria, and Thomas Niederkrotenthaler, Medical University Vienna. 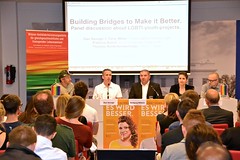