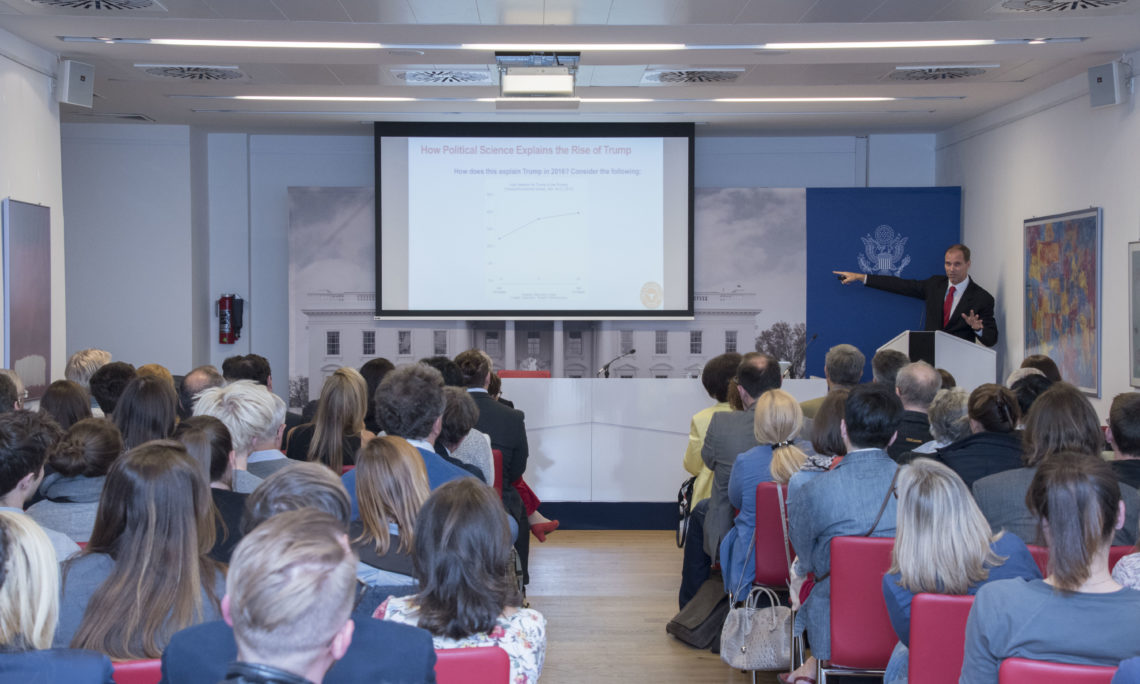 On September 20, the U.S. Embassy organized a discussion with Daron Shaw, University of Texas at Austin. He talked about how the rise of digital and social media has changed both politics and society immensely. How did democracy work in the digital age and what does that mean for campaigning? Daron Shaw explained how the U.S. presidential candidates in 2016 were trying to reach and engage people and he discussed polls and how they influence voter behavior.

Daron R. Shaw is Professor at the Department of Government, University of Texas at Austin, USA. He holds degrees in Political Science from the University of California, Los Angeles and has specialized in American politics, campaigns and elections, public opinion and voting behavior as well as polls and survey research. As Co-Director of the Fox News Poll, presidential appointee of the National Historical Publications and Records Commission and board member of the Task Force on Civic Engagement of the American Political Science Association, Shaw is frequently in the media sharing his expertise. His publications include Unconventional Wisdom: Facts and Myths about American Voters and he has published widely in academic journals. 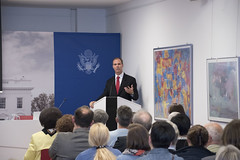