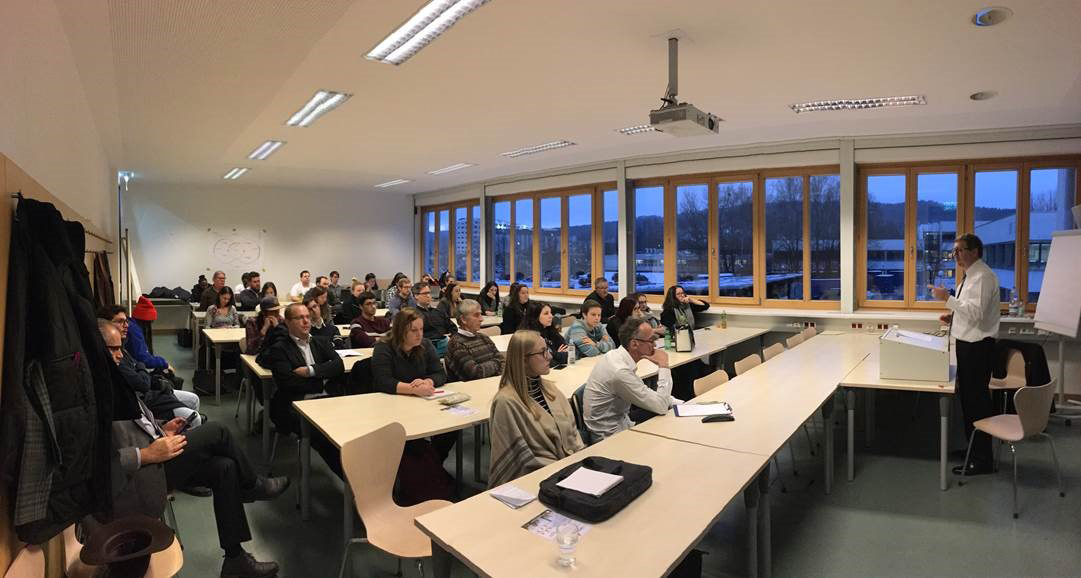 Chargé d’Affaires Eugene Young visited the province of Carinthia November 30-December 1, where he called on leaders from the political, economic and religious field.  In Klagenfurt, Chargé Young had a highly interesting exchange of thoughts with Bishop Schwarz during a lunch hosted by the Bishop.  He subsequently met with the Mayor of Klagenfurt, Dr. Maria-Luise Mathiaschitz, to discuss city and provincial politics.  At the Alpen-Adria-University of Klagenfurt, Chargé Young subsequently discussed U.S. foreign policy priorities and the Marshal Plan with students of American Studies and History.  Thereafter, Chargé Young was invited for an interview with Carinthia’s premiere daily Kleine Zeitung, before heading to a social dinner he hosted for board members of Carinthia’s ÖVP Youth at a charming lakeside restaurant on Lake Wörthersee.

On December 1, Chargé Young met with the President of the Carinthian Industrialists’ Association (IV), Christoph Kulterer, and IV Secretary General Claudia Mischensky, who briefed the Chargé about the state’s economic challenges, but also about its hidden champions.  In Villach, Chargé Young was hosted by the Austrian branch of the U.S. high-tech company LAM Research Corporation.  LAM briefed the Chargé on the successes and challenges the U.S. company experienced at its Carinthia location.  In this context, Chargé Young and senior LAM managers both explored ways to smoothen visa processing for LAM technicians travelling to U.S. facilities.  Finally, Chargé Young was invited to visit the Carinthia International School in the lakeside resort of Velden am Wörthersee.  U.S.-born Director James Brightman and board members Monika Kircher as well as Christoph Kulterer briefed Mr. Young on the unique concept of this ambitious new international school, followed by a short tour of the school facilities where Chargé Young was able to meet and interact with teaching staff and pupils from different countries.  Chargé Young and Ms. Kircher, a former long-time SPÖ vice mayor of Villach and former CEO, subsequently met separately to discuss Carinthian and Austrian politics.  From Villach, Mr. Young headed back to Klagenfurt to just in time to catch the plane back to Vienna before heavy snowfall would set in again on this beautiful province.