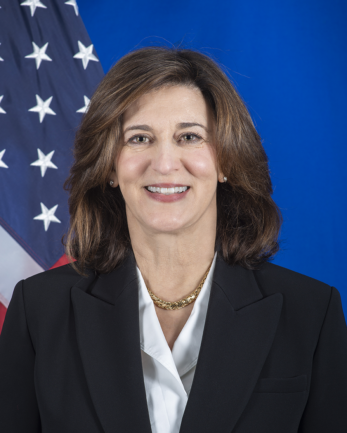 President Biden nominated Victoria Reggie Kennedy to be U.S. Ambassador to the Republic of Austria on August 10, 2021.  She was confirmed by the Senate on October 26 and sworn in on November 16.  Prior to her appointment, Ambassador Kennedy was an attorney based in the Boston, Massachusetts, and Washington, D.C. offices of the global law firm Greenberg Traurig LLP, where she advised clients on governance and regulatory issues and devised strategies to assist them in resolving complex business problems.

Ambassador Kennedy has been an active leader in the business community of Boston and the greater New England region.  She was a member of the Board of Directors of the Greater Boston Chamber of Commerce, where she advocated for public policies that contribute to economic success and generate economic opportunity for people and businesses in the region.  She also co-founded and is the President Emerita of the board of directors of the Edward M. Kennedy Institute for the United States Senate, a non-partisan, non-profit organization that educates the public about the U.S. system of government.

In addition to her other leadership roles, Ambassador Kennedy has been a champion for the arts.  She was a Trustee of the John F. Kennedy Center for the Performing Arts where she chaired the Education Committee for more than a decade.  She also served for many years on the Board of Overseers of Boston’s Museum of Fine Arts.

Ambassador Kennedy is a leading voice for the empowerment of women and girls and has championed diversity, inclusion, and equity in the workplace.  She has been a strong proponent for gun violence prevention, serving on the Board of the Brady Campaign to Prevent Gun Violence for ten years and co-founding a non-profit organization, Common Sense About Kids and Guns.  She advocated for expanding medical research and access to health care to all Americans and was actively involved in the passage of the Affordable Care Act of 2010.

Ambassador Kennedy earned a B.A. in English from Newcomb College and a J.D. from Tulane Law School, both in New Orleans, Louisiana.  She is the recipient of numerous civic awards and honors, including eight honorary degrees.

Photos from the Credentialing Ceremony 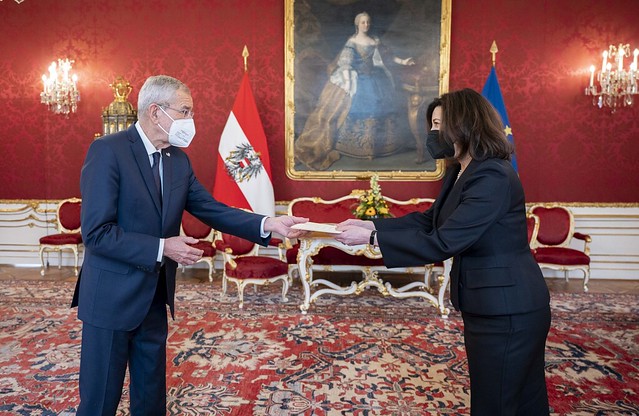 Photos from the arrival in Vienna