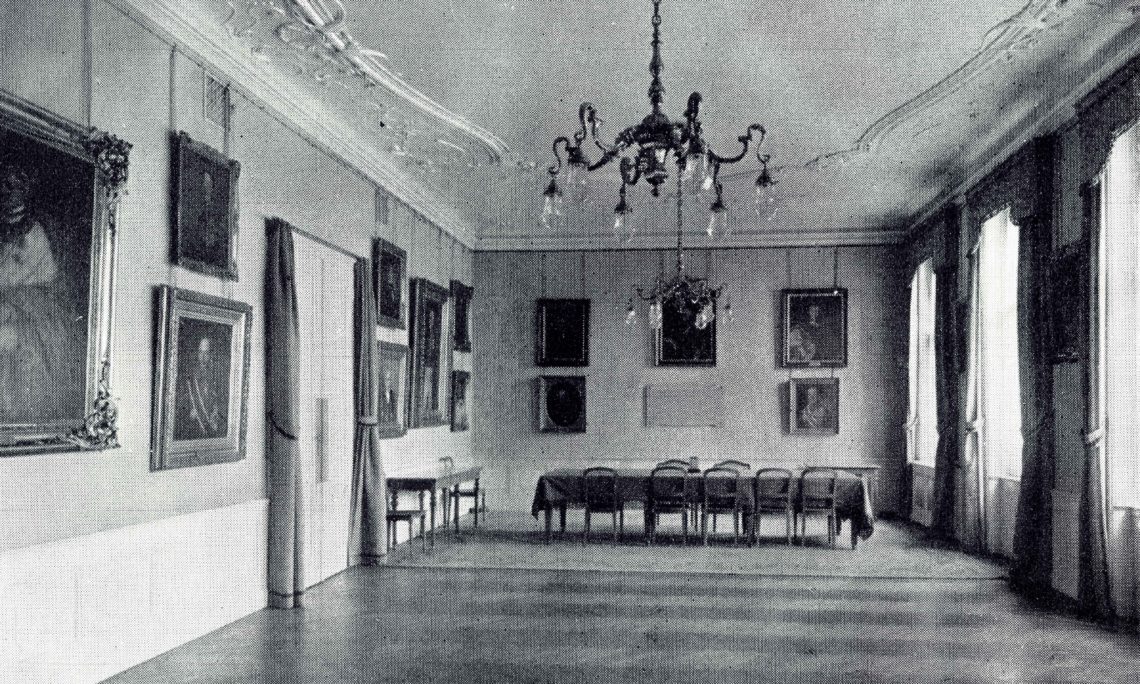 In 1754, Austrian Empress Maria Theresia founded the Imperial and Royal (Kaiserliche und Königliche) Oriental Academy in Vienna in order to improve trade and cultural relations with the Balkans and Middle East. Future bankers, merchants, and diplomats, enrolled in classes focused on Eastern languages and general sciences. In 1901, the Academy’s ownership was transferred to the Ministry of Foreign Affairs, and a new building was constructed at Boltzmanngasse 16 with proceeds donated by Emperor Franz Josef I, who had taken a strong interest in training future diplomats for the Empire. Renowned architect Ludwig Bauman initiated construction of the building in the Maria Theresia baroque classical style on October 6, 1902 and completed it two years later. Rather than focusing solely on the East, studies at the Academy (now named the Consular Academy) in the beginning of the 20th Century shifted towards Western languages. Once the students, who came from far and wide to study at the Academy, finished their rigorous five-year program, they were eligible to assume positions in all career fields at diplomatic and commercial missions abroad.

The Academy enforced strict rules to ensure students behaved themselves as befitted their future stature. Boarding students could only depart the building during certain hours and guests were restricted to certain times and areas of the building. Students also enforced their own set of rules with good-natured punishment ranging from hiding an offender’s personal items to pouring water down the leg of his pants as he stood on his hands. Many of the students needs were tended to within the building. The Academy provided its own barbershop, dining hall, medical station, billiard room, gymnasium and library, and leisure events were organized for the weekends. Graduates throughout the world spoke highly of the Academy and it quickly became a well-respected organization, receiving applications from interested, eager students across the globe. The first women were accepted at the turn of the 20th century. 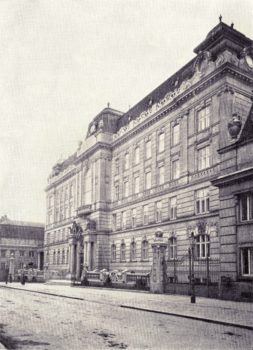 Instability plagued the institution in the years preceding World War II. In 1938, the German Foreign Ministry, under whose authority the Academy had fallen with the Anschluss, combined the Western and Oriental Sections and curtailed many of its subjects. The Academy continued to receive frequent applications from students around the world, although the director at the time increasingly restricted enrollment, as the future of the Academy was uncertain. Students now had to meet selective criteria such as submitting a certificate of good conduct, a certificate of Aryan race, and parents’ marriage or birth certificate to qualify for admission. Reich-issued decrees forced Academy faculty to adhere to strict policies regarding travel out of the country and maintained that it was imperative to display the swastika flag prominently on the building during certain holidays. The Nazi Foreign Ministry also altered the curriculum to include more classes focused on “Germanic” culture.

By 1941, the German Reich had pressured the Academy to serve the war effort rather than continue the mission for which it was founded. Classes were discontinued, professors were required to teach classes of military cadets, various National Socialist meetings and events were held on the premises and finally, a field hospital was established inside the building. The Academy’s library was moved to Vienna’s Imperial Archives on Bankgasse and at the Minoritenplatz and later to the basement of St. Peter’s church in the 1st district for safekeeping during the later stages of the war. The United States military occupied Boltzmanngasse 16 at the conclusion of the war until 1946. The Austrian National Council passed a law permitting the Consular Academy building to be sold and the United States Government purchased it for US $392,139 on June 30, 1947. The purchase was negotiated by Ms. Eleanor Dulles, a career diplomat, prominent economic specialist for the U.S. Department of State in Austria and Western Germany, and sister to Secretary of State, John Foster Dulles. The U.S. Mission in Austria held the status of Legation from 1947 until 1951, when it officially became an Embassy with Mr. Walter J. Donnelly serving as the first United States Ambassador to Austria.