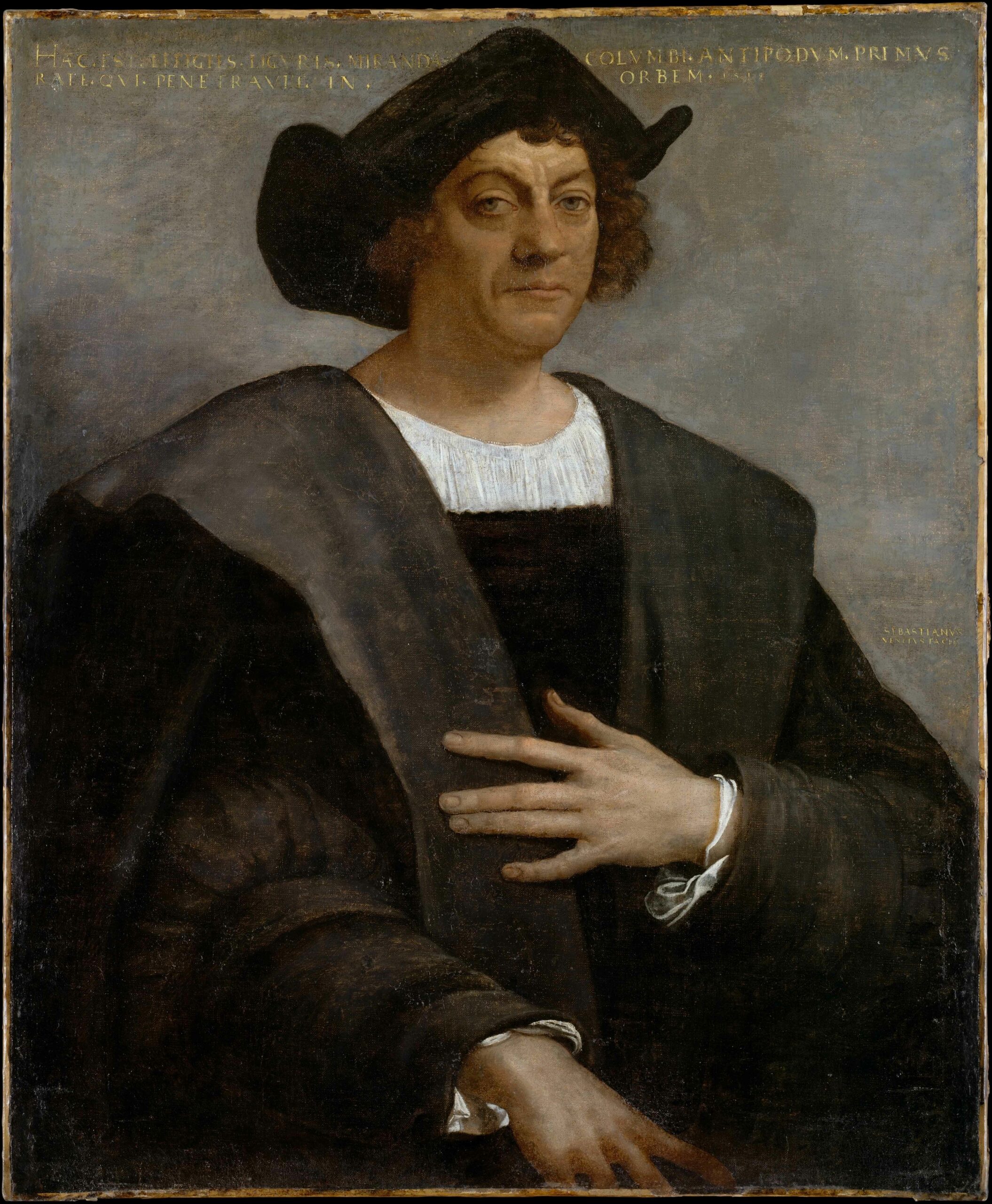 In the fifteenth century most people believed the world was flat. People laughed at or jailed others who dared think that the world was in the shape of a globe.

There were educated persons, however, who reasoned that the world must be round. An Italian named Christopher Columbus was bold enough to push this notion. At that time, spice merchants were looking for an easier route to Asia. Christopher Columbus convinced Queen Isabella of Spain that it would be easier to sail directly west and find the rich treasures of India and Asia. A new route would be found, he said.

Finally, on August 3, 1492, he and ninety men set sail on the flagship Santa Maria. Two other ships, the Niña and the Pinta, came with him. They sailed west.  On October 11th, ten o’clock at night, Columbus saw a light. The light was, in fact, land. The next morning at dawn they landed.

Christopher Columbus and his crew had expected to see people native to India and called the first people they saw „Indios,“ or “Indians.” They had stumbled across a continent that nobody knew existed.

Few celebrations marked the discovery of the Americans until hundreds of years later. In 1792, a ceremony was held in New York City and other U.S. cities honoring Columbus. Soon after that, the city of Washington was officially named the District of Columbia and became the capital of the United States.

Americans might not have a Columbus Day if Christopher Columbus had not been born in Italy. Out of pride for their native son, the Italian population of New York City organized the first celebration of the discovery of America on October 12, 1866. The next year, more Italian organizations in other cities held banquets, parades and dances on that date. In 1869, when Italians of San Francisco celebrated October 12, they called it Columbus Day.

In 1892, a statue of Columbus was raised at the beginning of Columbus Avenue in New York City and teachers, preachers, poets and politicians used Columbus Day rituals to teach ideals of patriotism like the importance of loyalty to the nation and celebration of social progress.  America is proud of its tradition of upholding these ideals, and Columbus Day remains an important reminder, even in modern times.

In 1905, Colorado became the first state to observe a Columbus Day and other states followed. In 1937, then – President Franklin Roosevelt proclaimed every October 12 as Columbus Day. Since 1971, it has been celebrated on the second Monday in October.

On Columbus Day, all of the schools are closed, and the holiday is often marked by parades and festivities in towns across America.  As the holiday falls in the height of the fall season, many Americans like to take the long weekend and enjoy the fall weather and the colorful foliage as the trees begin to change.