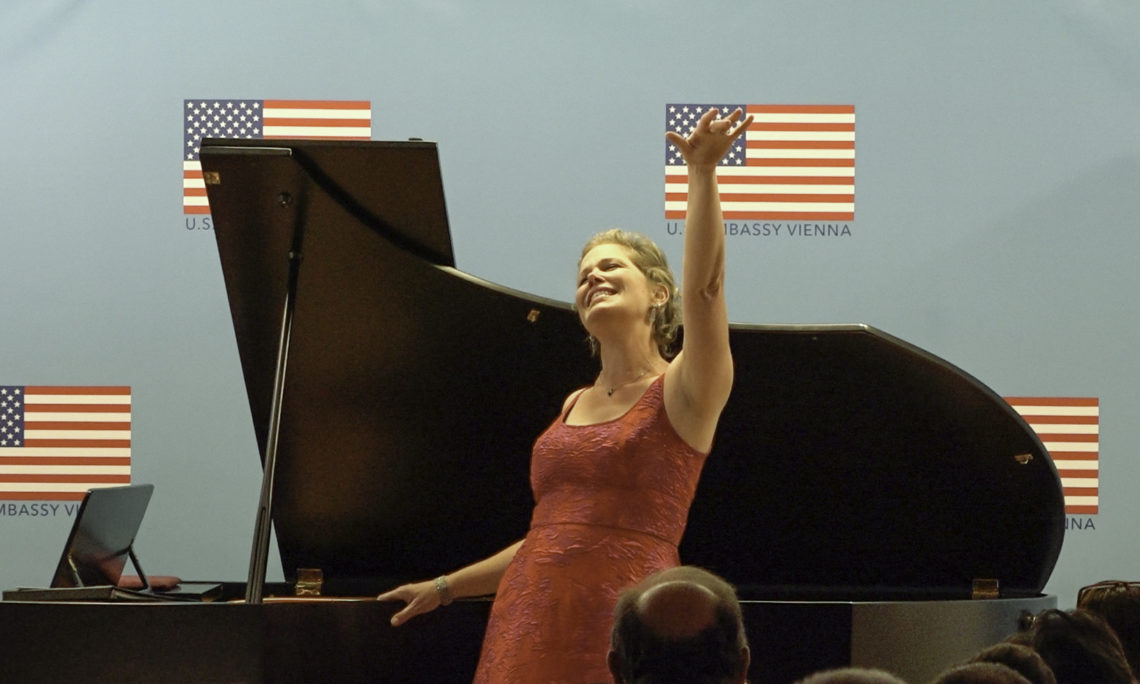 Leonard Bernstein (1918-1990) was one of the most influential musicians of the 20th century, bridging the gap between classical music, Broadway musicals, jazz, and rock. Throughout his outstanding career, he composed popular symphonies, operas, and musicals; spearheaded prestigious orchestras such as the New York Philharmonic and, as a guest conductor over a period of 24 years, the Vienna Philharmonic Orchestra; and became known as a prolific educator and advocate for social justice and civil rights.

He earned 21 Grammy Awards and composed numerous beloved songs. Some of those were also performed in our concert celebrating Bernstein’s 100th birthday.

American soprano Emily Martin has given concerts around the United States, Canada, and Europe, performing at venues such as Carnegie Hall, and with the Santa Fe Opera and the Royal Philharmonic Orchestra, among others. Ms. Martin studied at Boston University, the Academy of Vocal Arts in Philadelphia, and at the University of Colorado Boulder.

Alfredo Ovalles is a Venezuela-born pianist, who has performed as a soloist and chamber musician at the Berliner Philharmonie, the Wiener Konzerthaus, and London’s Kings Place, among others. Mr. Ovalles studied piano in Caracas, at the Baylor School of Music in Texas, and at the University of Music and Performing Arts Vienna.