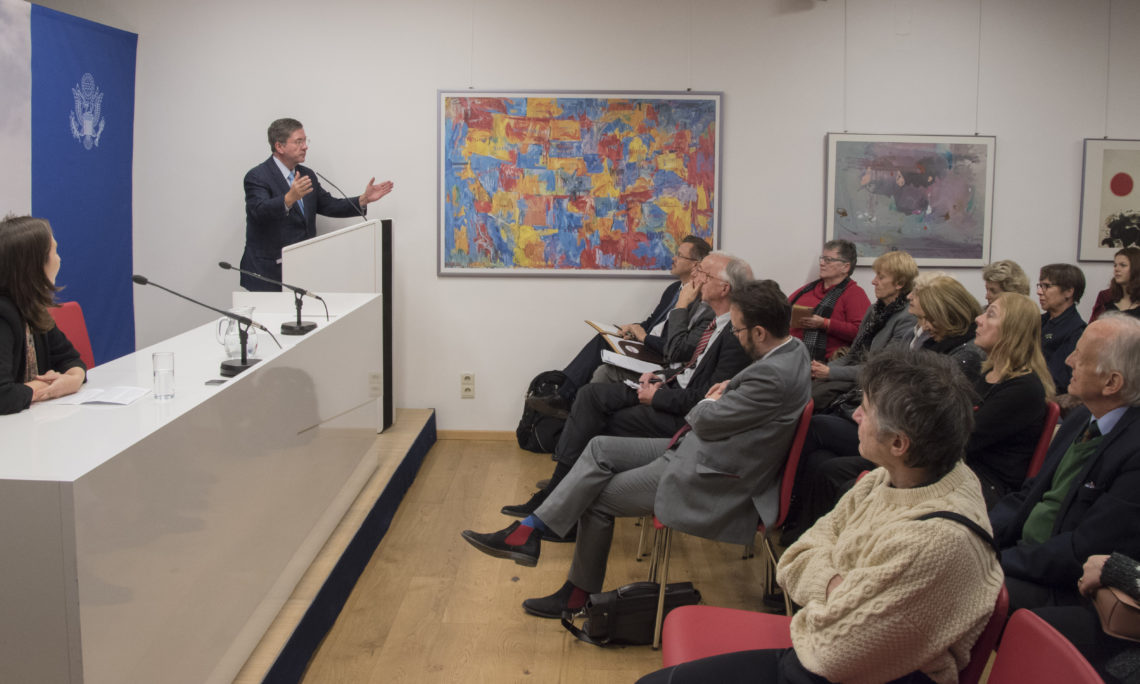 On January 25, Professor Daniel S. Hamilton, Austrian Marshall Plan Foundation Professor, spoke at the Amerika Haus in Vienna. Mr. Hamilton stressed that “Europeans are often surprised because they are not familiar with domestic tendencies in the U.S.” Meanwhile, replacing Obamacare will be “the first real test for the new administration.” According to Hamilton, the President views politics as a business, preferring to make bilateral deals instead of relying on multinational institutions. He further seeks to change the face of NATO, steering the alliance towards the fight against terrorism and making Europeans pay more for their own security.With regard to foreign policy, three aspects were central to Mr. Trump’s campaign: Mexico, including illegal immigration and a possible renegotiation of NAFTA, the fight against terrorism, and containing China.

Daniel S. Hamilton is Director of the Center for Transatlantic Relations at Johns Hopkins University’s School of Advanced International Studies (SAIS) and an expert on U.S. foreign policy and transatlantic relations. He has taught at the University of Innsbruck, the Free University of Berlin, and the Hertie School of Governance. He is a former senior U.S. diplomat, serving as U.S. Coordinator for Southeast European Stabilization; Deputy Assistant Secretary of State; Associate Director of the Policy Planning Staff for two U.S. Secretaries of State; and Director for Policy for the Bureau of European Affairs. Recent books include Forward Resilience: Protecting Society in an Interconnected World; The Eastern Question: Russia, the West, and Europe’s Gray Zone; and The Transatlantic Digital Economy 2017. 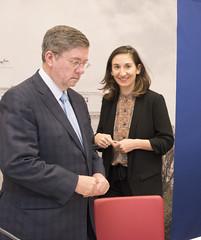