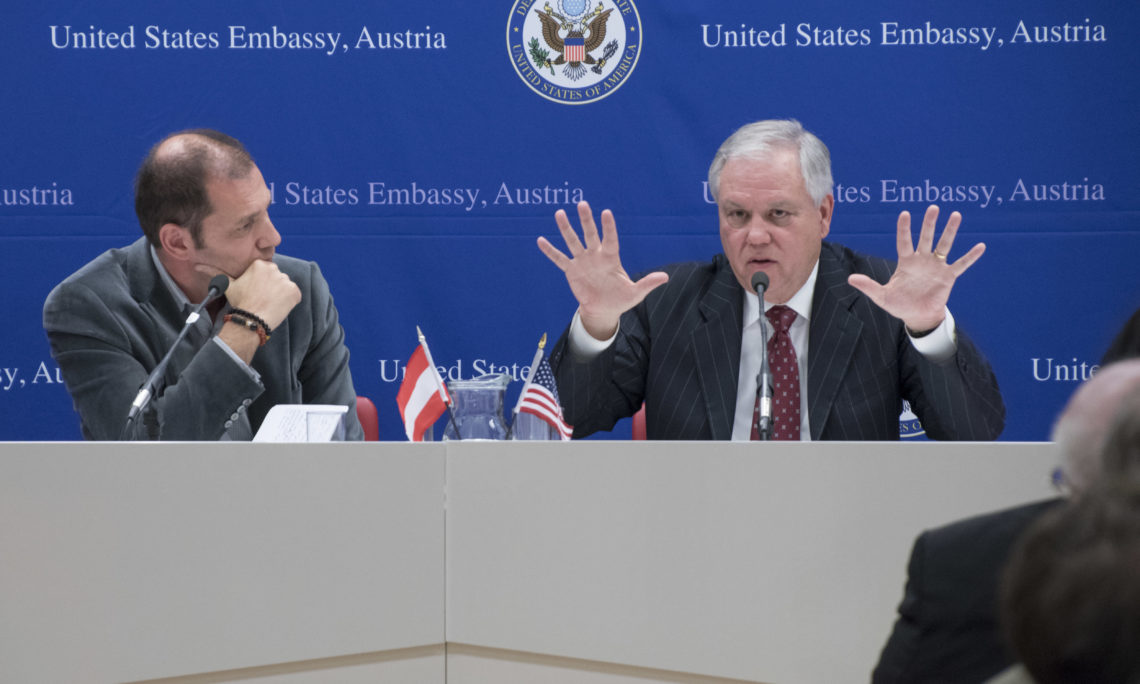 On November 16, foreign policy expert Kim Holmes spoke at the Amerika Haus in Vienna about the outlook and implications for U.S.-European Relations in the Trump Administration. The lively discussion was moderated by Cengiz Günay.

Kim R. Holmes is acting senior vice president for research at The Heritage Foundation. He oversaw the think tank’s defense and foreign policy team for more than two decades and is recognized around the globe as one of Washington’s foremost foreign and defense policy experts. From 2002 to 2005, he served as the United States Assistant Secretary of State for International Organization Affairs. Other former appointments include the Defense Policy Board; the Board of Directors of the Center for International Private Enterprise; and public member of the U.S. delegation to the Organization for Security and Cooperation in Europe. Holmes, who is also a member of the Council on Foreign Relations, holds doctoral and master’s degrees in history from Georgetown University. He was a research fellow at the Institute for European History in Germany and adjunct professor of European security and history at Georgetown University.

Cengiz Günay is vice director and senior researcher at the Austrian Institute for International Affairs – oiip, as well as lecturer at the University of Vienna. His fields of research include foreign policy, Islamism, and democratization processes, with a regional focus on Turkey, the Arab Middle East, and the Euro-Mediterranean relations.
Dr. Günay holds a PhD from the University of Vienna and has published a wide range of articles, analyses, and policy papers. He consults state agencies and frequently comments on Turkey and the Middle East in national and international media. 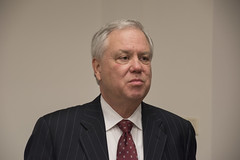