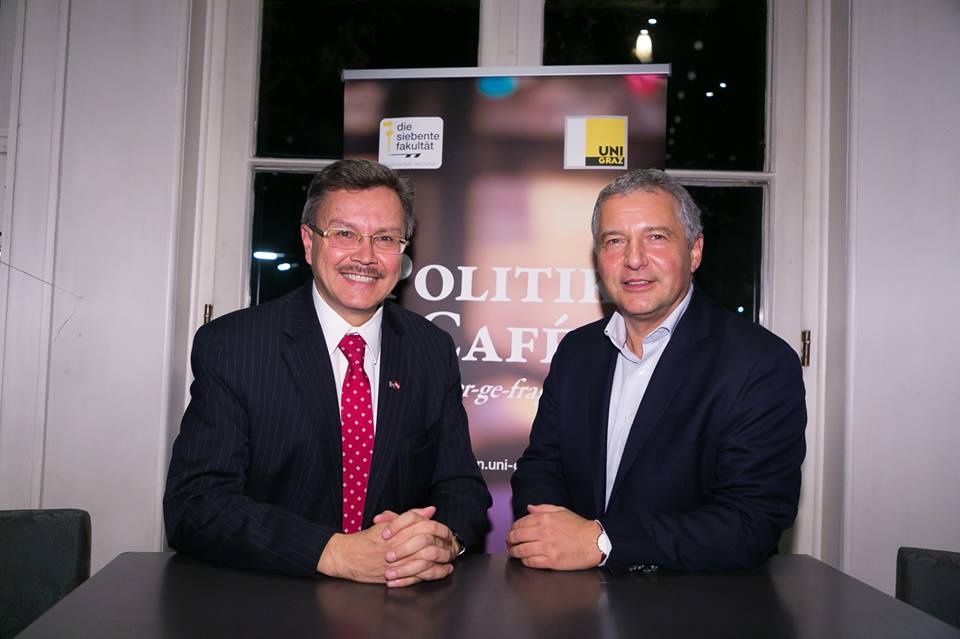 Last week Political Economic Counselor Stephen Hubler, Deputy Chief of Mission at the U.S. Embassy in Vienna, went to Salzburg and Graz, where he spoke about key aspects and targets of the Trump Administration.  On November 6 Mr. Hubler was invited to the Austro-American Society Salzburg (AAS) by AAS President Dr. Maria Ganauser and spoke to members of the Society about foreign policy topics of the Trump Administration.  Two days later Mr. Hubler participated in a discussion titled „ America First – What’s Next, Mr. President?“ as part of the Politik Café of the 7th faculty of the University of Graz and answered controversial questions about international politics: https://on.uni-graz.at/de/detail/article/praesident-trump-und-sein-handeln/