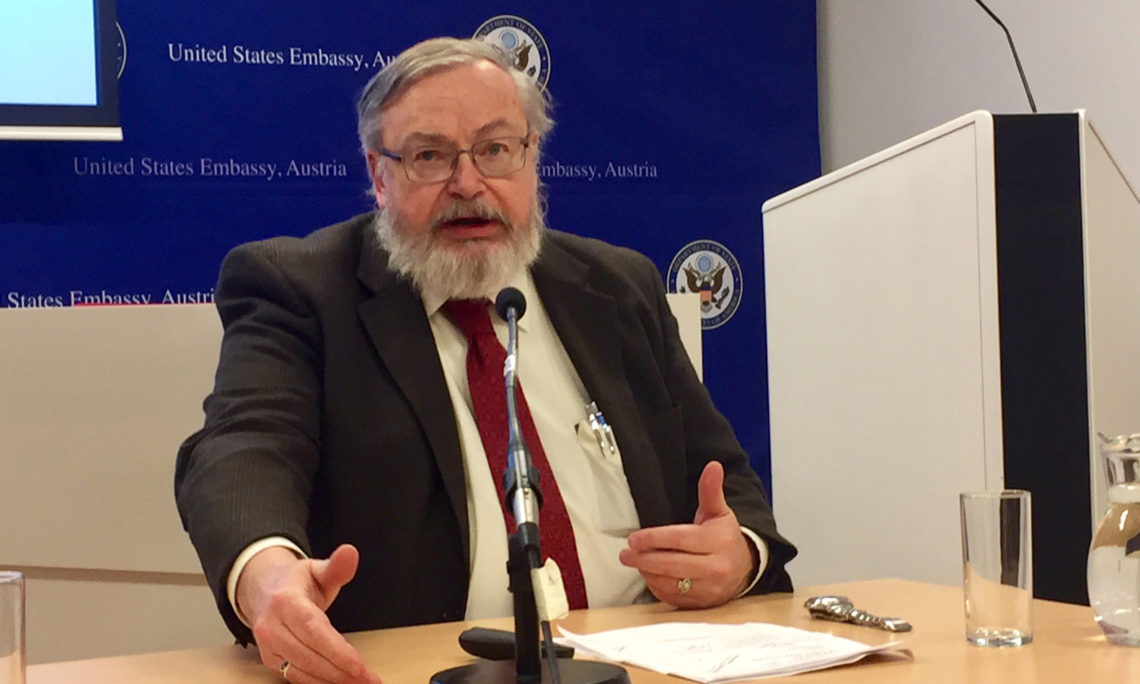 On November 13, Professor Michael Johnston spoke at the Amerika Haus  about the evolution of anti-corruption efforts worldwide since the end of the Cold War, persistent problems in the international anti-corruption agenda, and prospects for the future.  Nicole Shampaine, Chargé d’ Affaires a.i., U.S. Mission to International Organizations in Vienna gave the welcoming remarks.

Michael Johnston is a Distinguished Professor at the International Anti-Corruption Academy and the Charles A. Dana Professor of Political Science Emeritus at Colgate University. As a leading global authority on questions of corruption, democratization, and reform, Prof. Johnston has also served as a senior consultant to organizations such as the World Bank, United Nations, the Organization of American States, and the U.S. Agency for International Development. His book Syndromes of Corruption: Wealth, Power, and Democracy won the 2009 Grawemeyer Award for Ideas Improving World Order, presented by the University of Louisville. He holds a PhD from Yale University.