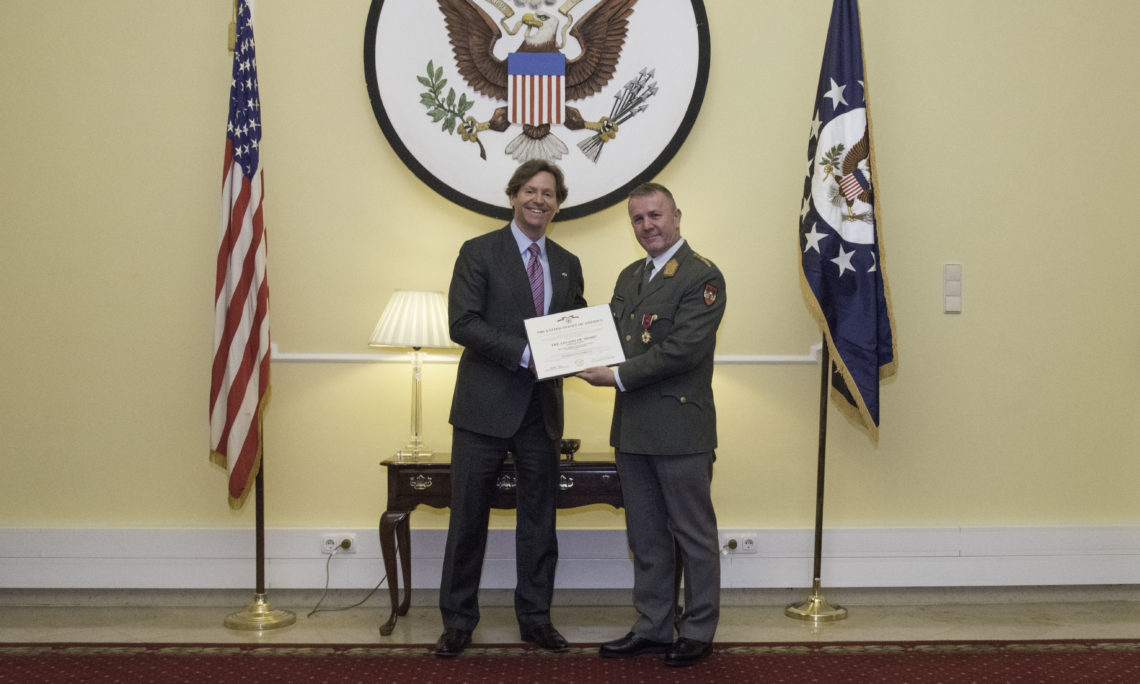 It is one of the highest military medals that can be awarded to foreign officers. U.S. Defense Attaché Colonel Mark Barlow and former Austrian Embassy in the U.S. Ambassador Hans Peter Manz were among those extending their congratulations to Brigadier General Göllinger.