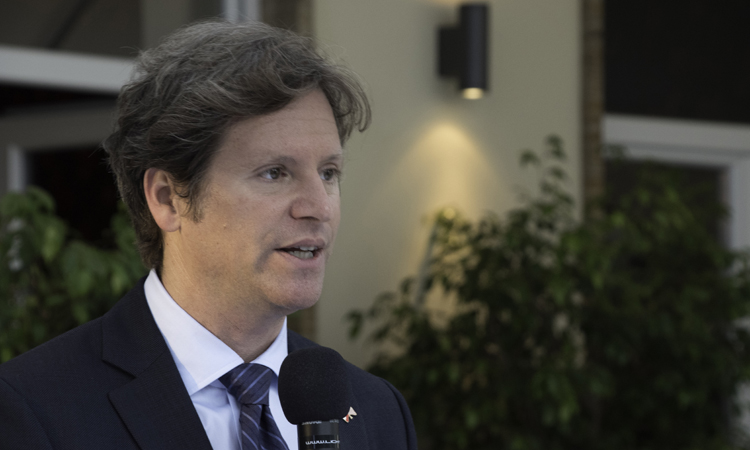 I first want to thank Katharina Kacerovsky and her team from Stonewall for jointly organizing this important event. In a few minutes, Ms. Kacerovsky will talk about this year’s Pride events.  She will also talk about next year’s activities, including a commemoration of the fiftieth anniversary of the Stonewall Riots.

First, let me tell you that I am delighted to speak to you here as American Ambassador to the Republic of Austria.

Each year, the United States joins other countries around the world in celebrating Lesbian, Gay, Bisexual, and Transgender, and Intersex (LGBTI) Pride Month.  We reaffirm our commitment to protecting and defending the human rights of LGBTI persons globally. Each year, the Embassy proudly flies the rainbow flag for the month of June, as a symbol of what has been achieved and as a reminder of the work that remains.

We are also part of “Diplomats for Equality”. Under this initiative, together with 30 embassies, we have issued a statement in support of IDAHOT, and we will march in the parade to jointly say that LGBTI rights are human rights.

In many parts of the world, including right here in Europe, LGBTI individuals and their supporters continue to face harassment, intimidation, arrest, and even violence for standing up for their human rights, participating in peaceful marches and rallies, and expressing their personal and political views.  They are persecuted for simply being who they are.

LGBTI persons – like everyone else – must be free to enjoy their human rights and fundamental freedoms, including the freedoms of expression, peaceful assembly, and association, without fear of reprisal.

We all have a responsibility to stand up and speak out in support of these universal rights and freedoms, which all people deserve to enjoy fully.

Tonight, on behalf of President Trump, the US government and the American people, we want to honor you, the courageous LGBTI advocates and their allies who strive to protect and advance freedom, dignity, and equality. Thank you for your dedication and for your commitment!

The United States stands firmly with you.

We wish you a fantastic Pride.

And now, I’d like to first ask Ms. Kacerovsky to say a few words, followed by Mr. Moritz Yvon, the new chairman of HOSI Wien.