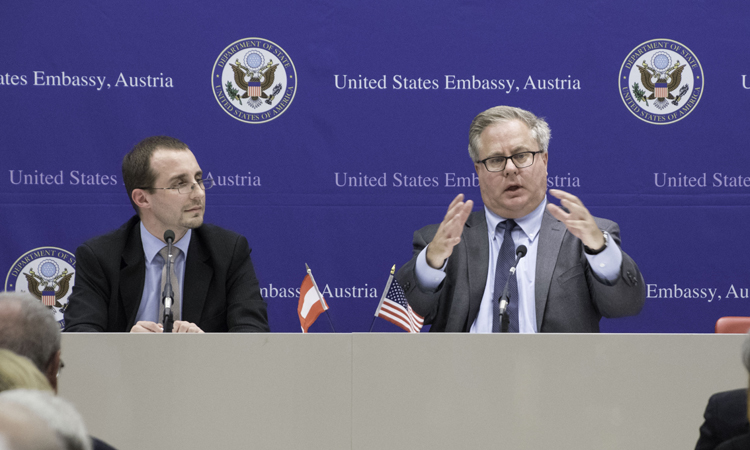 On March 12, Michael Lind, Visiting Professor at the Lyndon B. Johnson School of Public Affairs at the University of Texas at Austin, and co-founder of the think tank New America, gave a talk on The New Politics of Class in the U.S. Lind argued that the election of Donald Trump is an illustration of a political realignment taking part in both the United States and Europe. The underlying causes of which are economic – the polarization of the post-industrial workforce – and demographic – the combination of low native fertility with high levels of immigration. The result, according to Lind, is a new politics of class in which the traditional left-right divide has lost its meaning, replaced by new divisions: populism versus elitism and nationalism versus globalism. Arnold Kammel, director of the co-hosting Austrian Institute for European and Security Policy (AIES), moderated the program at the Amerika Haus. 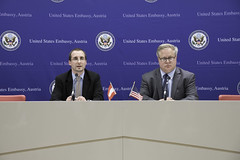