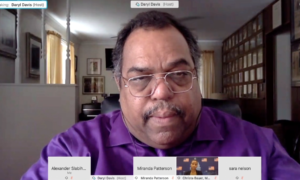 Daryl Davis is an American R&B and Blues musician, activist, author, and actor. His efforts to improve race relations, in which he engaged with members of the Ku Klux Klan, convinced hundreds of Klansmen to leave and denounce the KKK. Daryl has received acclaim for his book “Klan-Destine Relationships” and his documentary “Accidental Courtesy” from CNN, NBC, and The Washington Post, among others.

Christa Bauer is Executive Secretary of Mauthausen Committee Austria, a nonpartisan and nonreligious organization working particularly with young people to prevent every form of fascism, racism, Neo-Nazism, chauvinism, and anti-Semitism. 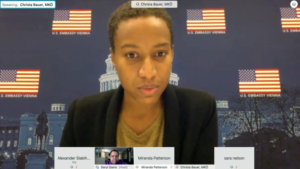 The event has been co-hosted by the Mauthausen Committee Austria.