Home Home | News & Events | Peter Rough about the U.S. and the Middle East 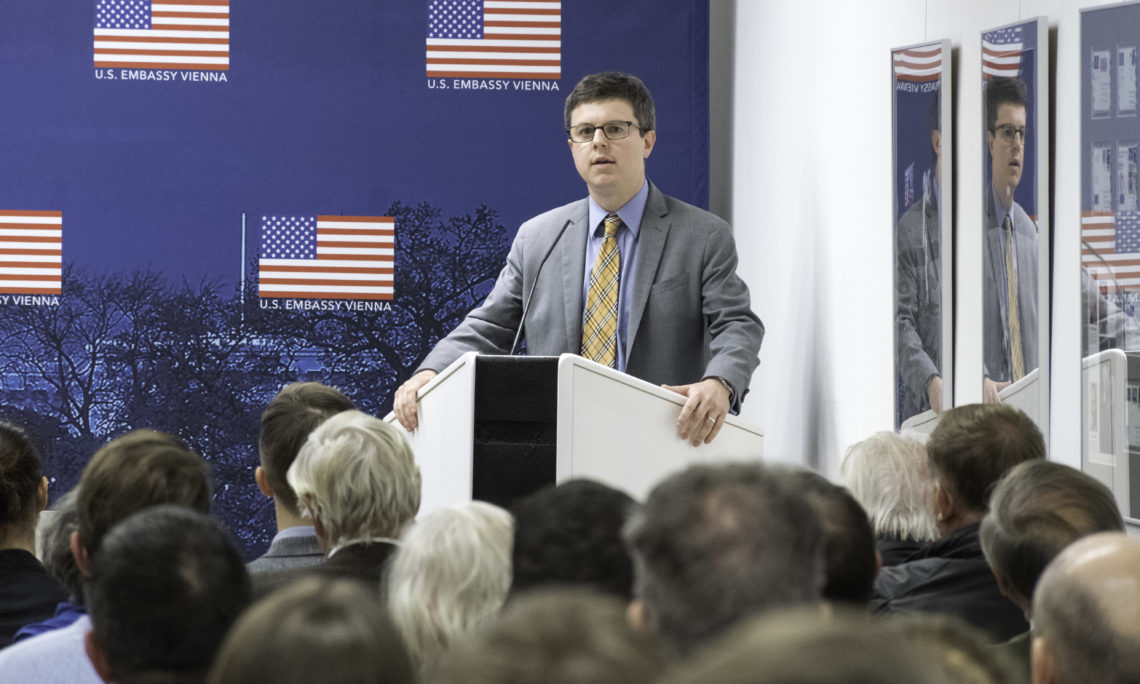 Peter Rough, Senior Fellow at the Washington-based Hudson Institute shared his expertise on U.S. foreign policy in the Middle East at a packed Amerika Haus.

The event was co-hosted by the Austrian Institute for European and Security Policy (AIES), whose director Velina Tchakarova moderated the Q&A.

Rough, a native of Iowa, is a native German speaker thanks to his Austrian mother. He began his career at the Republican National Committee specializing in political research. Later, he served as associate director in the White House Office of Strategic Initiatives, where he helped coordinate political strategy and outreach to key stakeholders. At Hudson Institute Rough studies and writes on U.S. foreign policy toward Europe and the Middle East. Besides, he regularly briefs official delegations, business leaders, news media, and intellectuals from around the world.

Other engagements throughout his visit in Austria included a talk at the Austrian Military Academy in Wiener Neustadt, various media interviews, and consultations with local experts. 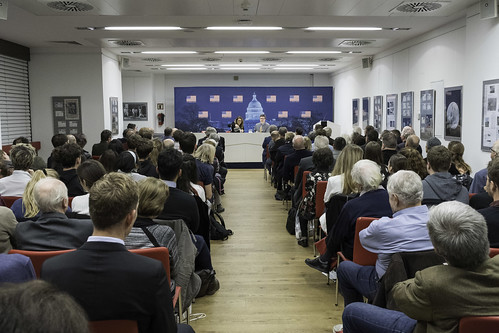 If you would like to receive information about upcoming events, please e-mail: ViennaPrograms@state.gov