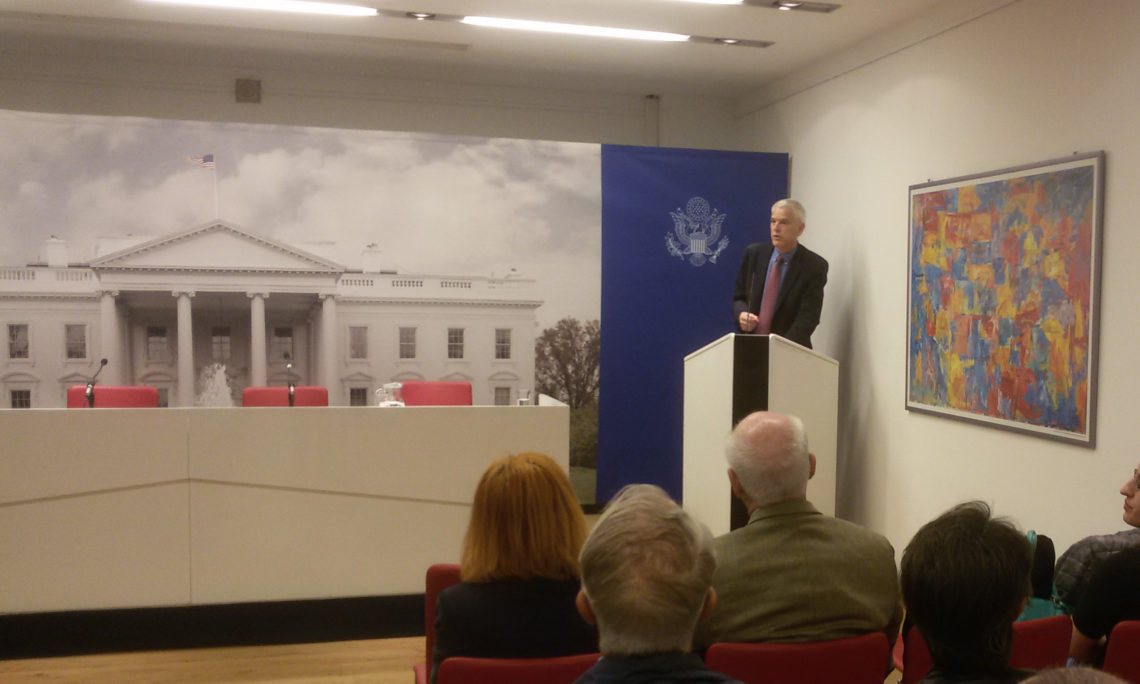 At a turbulent time in Europe, how will the Trump administration approach key European security issues, including the U.S. relationship with NATO and the challenge posed by Putin’s Russia?

On June 7, 2017, Ambassador Steven Pifer talked about these issues at the Amerika Haus in VIenna.

Steven Pifer is Director of the Arms Control and Non-Proliferation Initiative and Senior Fellow with the Center for 21st Century Security and Intelligence and the Center on the United States and Europe at the Brookings Institution, where he focuses on nuclear arms control, Ukraine, and Russia.
He served as Deputy Assistant Secretary of State in the Bureau of European and Eurasian Affairs with responsibilities for Russia and Ukraine (2001-2004), Ambassador to Ukraine (1998-2000), and Special Assistant to the President and Senior Director for Russia, Ukraine and Eurasia on the National Security Council (1996-1997). In addition to Ukraine, Ambassador Pifer served at the U.S. embassies in Warsaw, Moscow, and London as well as with the U.S. delegation to the negotiation on intermediate-range nuclear forces in Geneva.