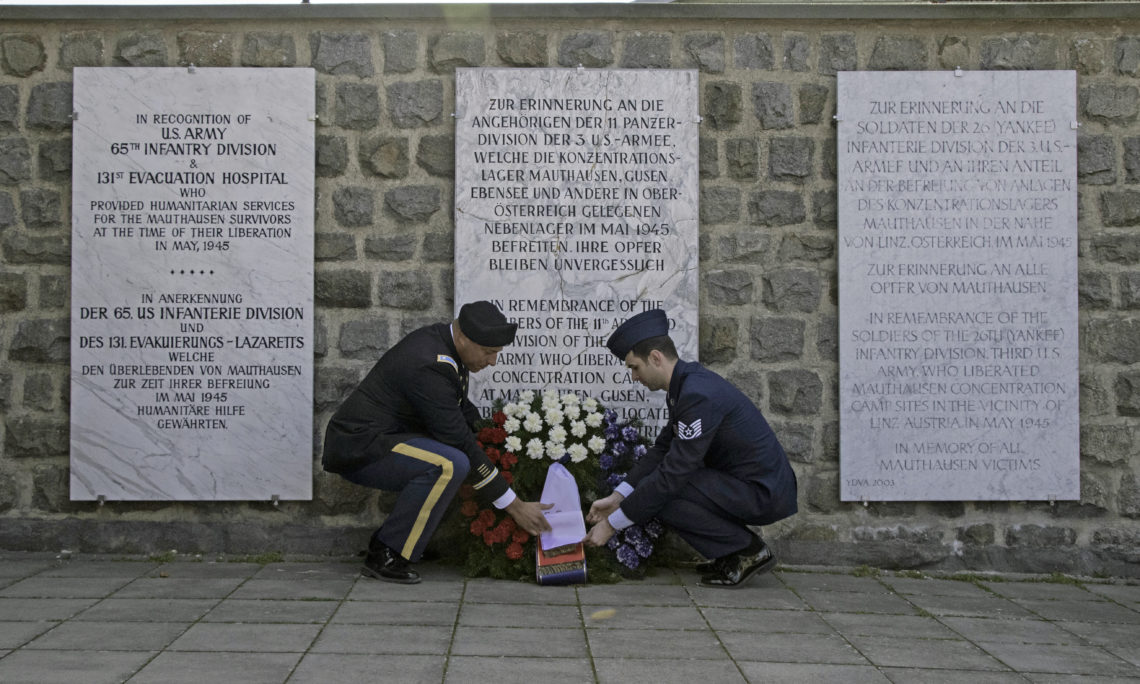 On May 5, 1945, the U.S. 11th Armored Division liberated the Mauthausen Concentration camp.
The U.S. Embassy, in cooperation with the Mauthausen Committee Austria, rededicated 3 plaques honoring the U.S. military for liberating the camp, and laid a wreath in memory of those who perished at the site.

Among the Americans murdered at Mauthausen, were members of the OSS DAWES Mission, who were captured during their attempt to aid the Slovak Resistance.

The United States thanks the Mauthausen Committee Austria for its important work in reminding us of our responsibility to defend the fundamental human rights of freedom of expression, religion, and political association. 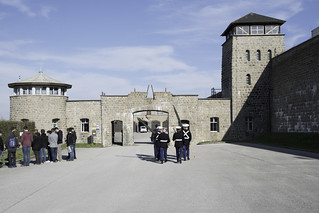