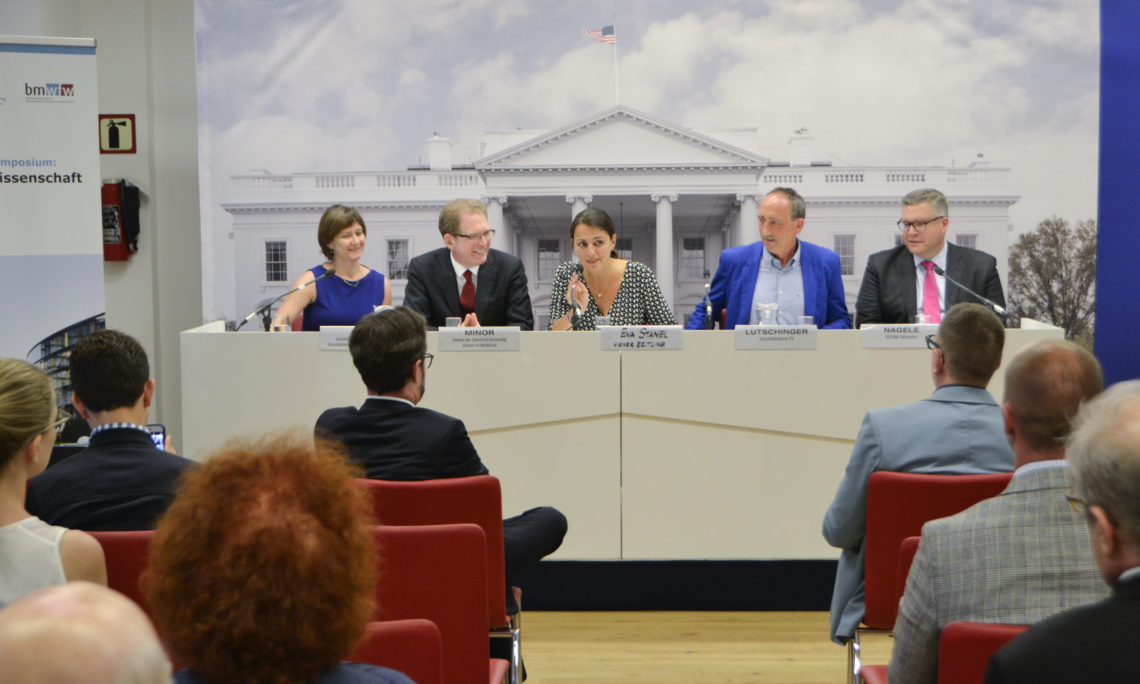 “In the United States 50 per cent of privately raised funds go into education and science;” “fundraising is all about asking; ” and, “there is not a quick way to raise funds.” These were but three core statements that were made during a panel discussion with experts from Stanford University, Austrian Scientists in North America (ASCINA) and the Austrian Fundraising Association (FVA) at Amerika Haus on July 10. Following opening remarks by Counselor for Public Affairs Dr. Daniel S. Mattern, who called philanthropic spirit and charitable giving as old as the United States itself, Barbara Weitgruber, Director General, Austrian Ministry of Science, Research and Economy, outlined the Ministry’s efforts in providing the necessary framework for science fundraising within Austria. In the ensuing panel discussion moderated by Eva Stanzl, Wiener Zeitung, Lloyd Minor, MD, Professor and Dean at the Stanford University School of Medicine, described his role as a faculty member in building relationships and trust with potential donors and mentioned that he was devoting one third of his time to fundraising, Jennifer Kitt, Assistant Vice President for Development at Stanford University, underlined the importance of professional fundraising and made appropriate suggestions to those Austrian representatives of higher education institutions present. Peter Nagele, MD, Washington University School of Medicine in St. Louis, explained the concept of the endowed chair. Guenter Lutschinger, CEO of the Austrian Fundraising Association, described the Austrian fundraising environment and provided the statistical framework. Refreshments provided additional opportunity for exchanging ideas. The event was co-hosted with the Austrian Marshall Plan Foundation, the Austrian Ministry of Science, Research and Economy (BMWFW) and the Austrian Fundraising Association (FVA). 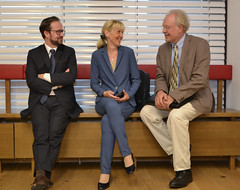