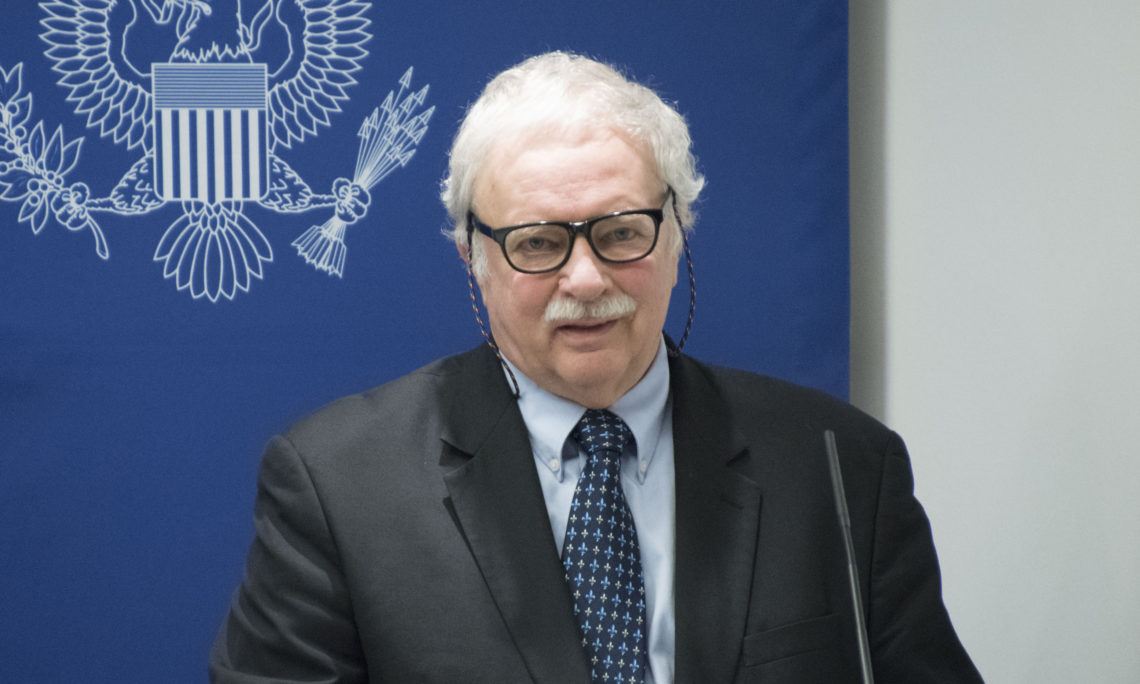 On April 6, 2017, the U.S. Embassy organized a panel discussion with Stanley Sloan, Jan Surotchak, International Republican Institute and Elisabeth Christen, Austrian Institute of Economic Research (WIFO).  The discussion was moderated by Arnold Kammel from the Austrian Institute for European and Security Policy (AIES).
Stanley R. Sloan is a non-resident senior fellow at the Washington-based think tank Atlantic Council, a visiting scholar in political science at Vermont’s Middlebury College and an associate fellow at the Austrian Institute for European and Security Policy. He previously served as First Deputy National Intelligence Officer for Europe at the CIA and as a member of the U.S. Delegation to Negotiations on Mutual and Balanced Force Reductions. 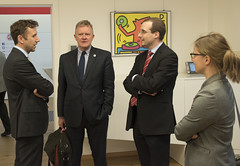