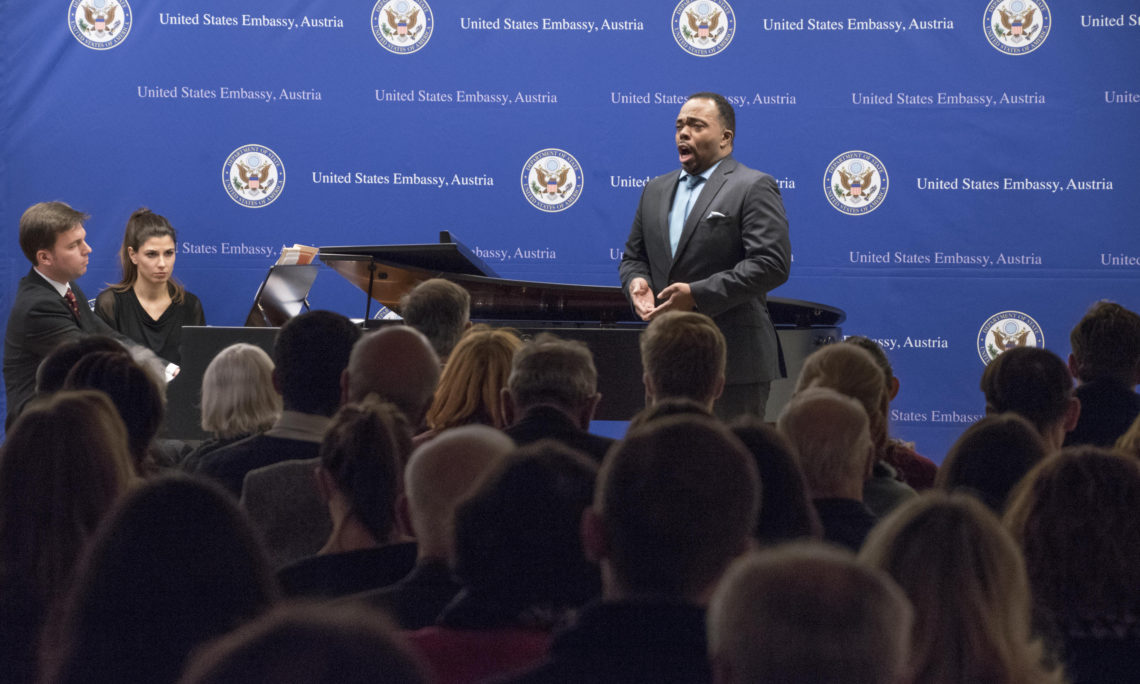 In honor of Thanksgiving, the Embassy hosted a concert at the Amerika Haus on November 28, featuring Waundell Saavedra (vocals) and Stefano Ragusini (piano). The artists presented a diverse program of works by Johannes Brahms, Felix Mendelssohn-Bartholdy, and Claude Debussy, as well as songs inspired by Walt Whitman’s famous poem “Leaves of Grass,” composed by  the singer himself.

Waundell Saavedra is an American vocalist, composer and director who performs opera and jazz. He has appeared in leading roles in Mozart, Bizet, Händel, Rossini, and Verdi operas. His recordings include a collection of Latin American folk and classical songs, a jazz album, and “Stained Glass Windows”, a classical album of sacred arias, hymns and spirituals. In 2007, Mr. Saavedra founded the Empire Opera in New York, one of the most ethnically diverse opera companies in the U.S. 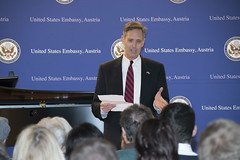