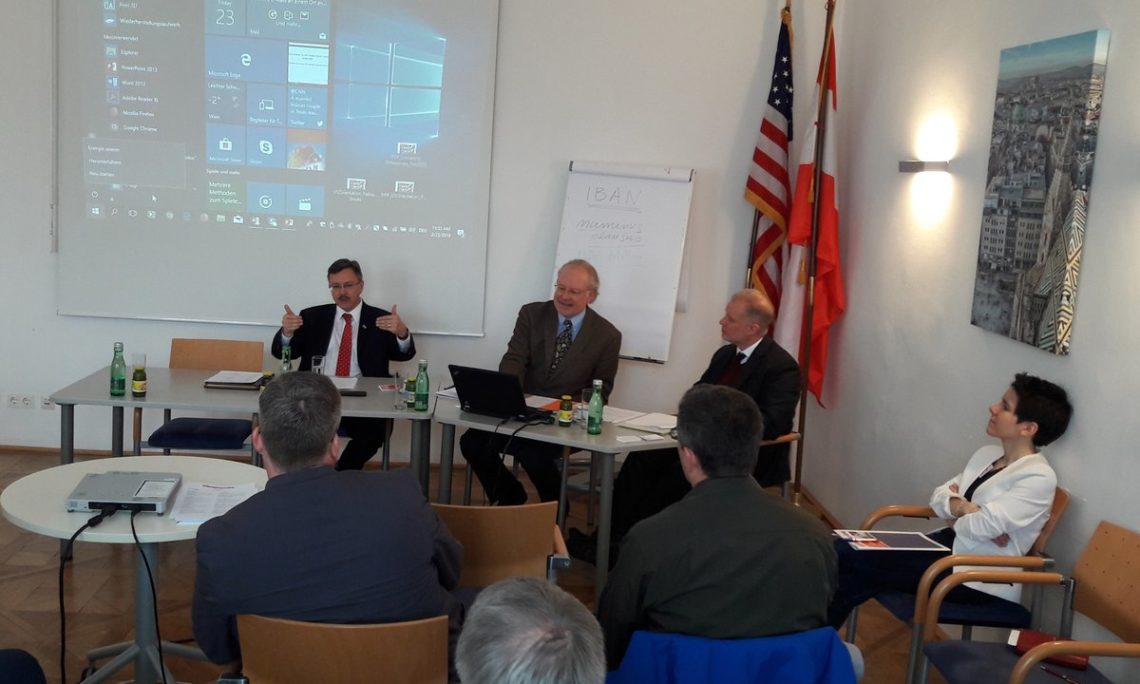 On February 23, Acting Deputy Chief of Mission Steve Hubler briefed 16 incoming U.S. Fulbright Visiting scholars about “Transatlantic Relations: Austria, the United States, and the European Union” at Fulbright Austria’s offices at Museumsquartier during orientation week.
In his remarks Mr. Hubler quoted five key priorities pursued by the U.S. Department of State: counter-proliferation; defeating ISIS; the Americas with special emphasis on Venezuela and Cuba; China; and Russia.
Citing the 70th anniversary of the Marshall Plan this year, he underlined the United States’s continued interest in Europe as a strong and viable partner.