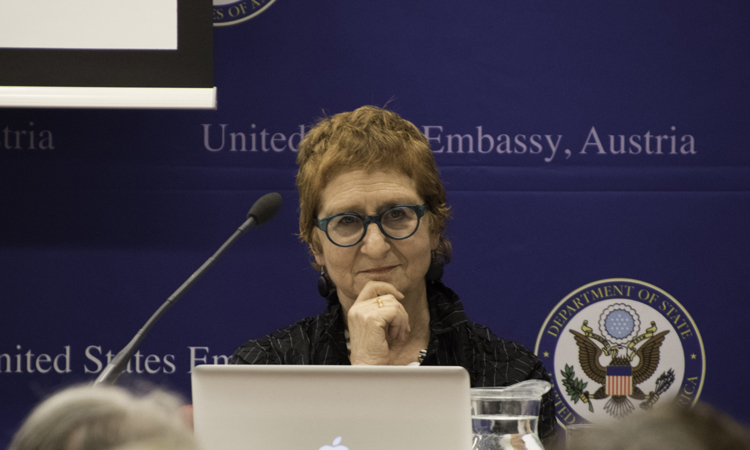 On April 5, Susan Strasser, distinguished Lecturer for the Organization of American Historians, gave a talk at the Amerika Haus.

The 50th anniversary of the assassination of Martin Luther King Jr. serves as a moment to reflect on what African American scholar Ibram X. Kendi calls “a dual and dueling history of racial progress and the simultaneous progression of racism.” Historian Susan Strasser, who heard King’s “I Have A Dream” speech at the March on Washington as a 15-year-old white girl, discussed what she has learned from encountering compelling new scholarship about slavery, lynching, and African American voting rights, during a period when newspaper headlines and internet memes express Americans’ heightened awareness of race, police violence, and antiracist activism. 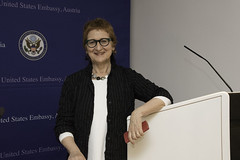