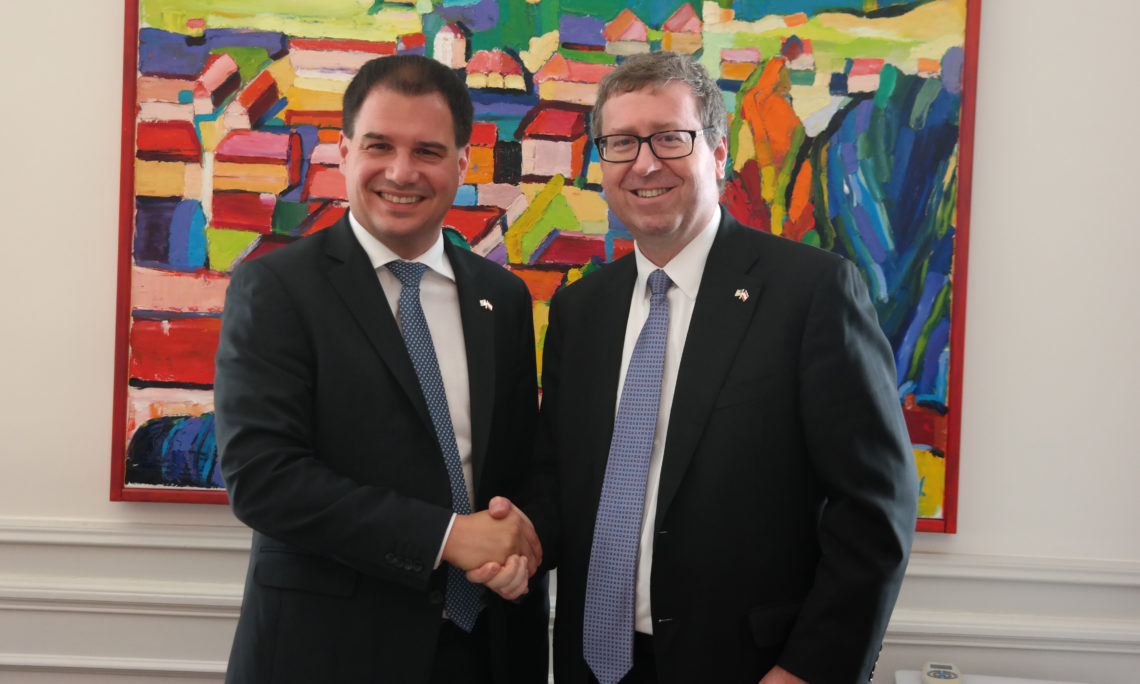 On October 13, Chargé d’Affaires Eugene Young visited the province of Styria. In the course of his one-day visit, he gave an interview for Kleine Zeitung and paid a courtesy call on Deputy Governor Michael Schickhofer. While at the Grazer Burg, the Chargé used the opportunity to visit the famous “Versöhnungsstiege,” a spectacular double spiral staircase dating back to the 15th century. During a visit to AVL powertrain company, the Chargé was introduced to AVL’s extensive business and cultural relations to the United States by CEO Prof. Helmut List and Mrs. Kathryn List. In the evening, Mr. Young attended the 70-year anniversary of the Austro-American Society for Styria at City Hall at the invitation of Mayor of Graz Siegfried Nagl. In his remarks, Mr. Young thanked the Society for its efforts in promoting friendship between the United States and Austria while underlining the fact that the Marshall Plan, a cornerstone of European-American cooperation, was also celebrating its 70th anniversary in 2017.