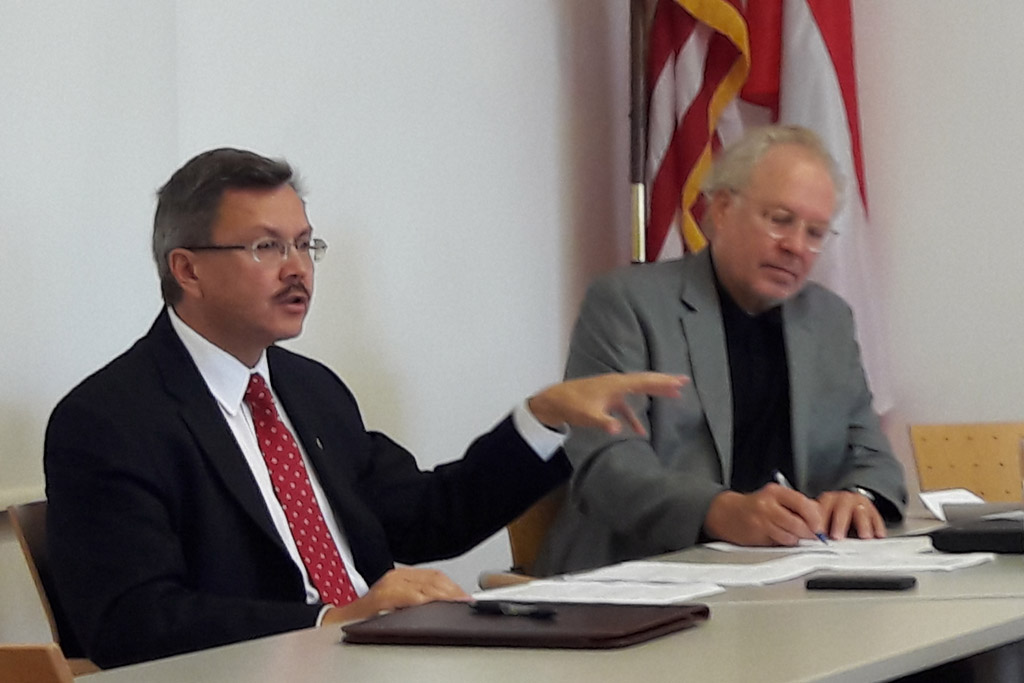 Acting Deputy Chief of Mission briefed incoming U.S. Fulbright students and scholars about “Transatlantic Relations: Austria, the United States, and the European Union” at Fulbright Austria on September 21.  In his remarks, Mr. Hubler quoted security, liberty, and prosperity as U.S. Embassy Vienna’s top goals vis-à-vis the host country.  He addressed the U.S. Department of State’s key priorities: countering proliferation; defeating ISIS; the U.S. position in the Americas; China, in particular reinforcing freedom of navigation in the South China Sea and the Indian Ocean; and free and fair trade.  Citing the 70th anniversary of the Marshall Plan, Steve Hubler underlined the strong U.S. partnership with a strong Europe.