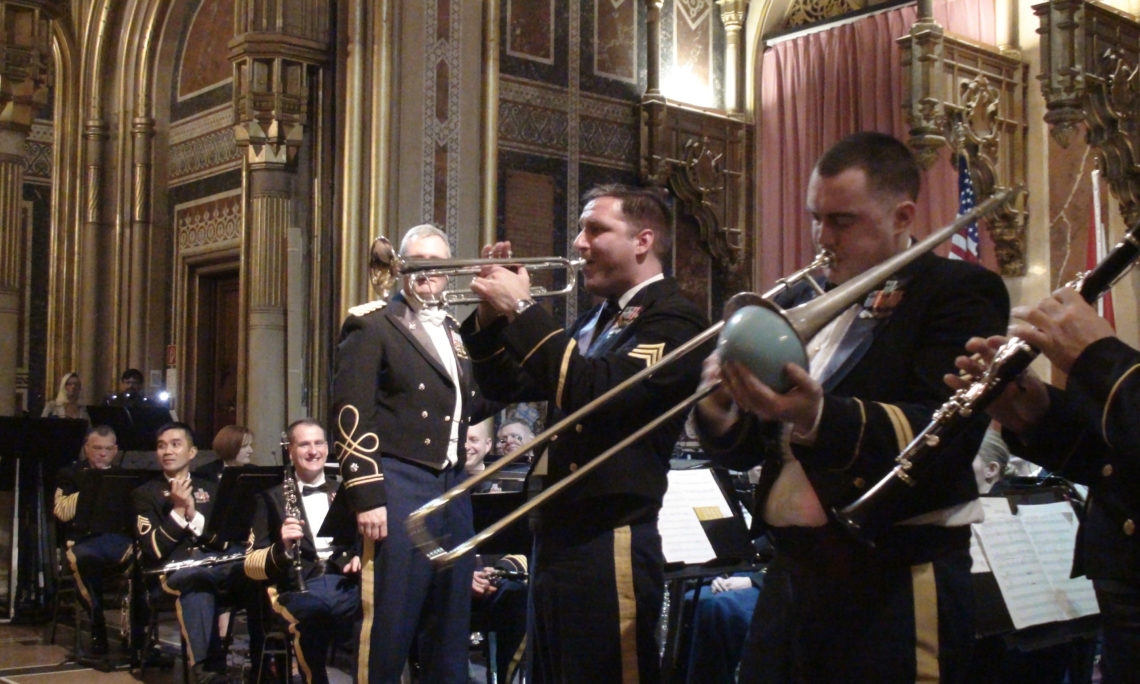 The U.S. Army Europe Band & Chorus are the musical Ambassadors of the United States. On their tour through Europe they gave one of their popular concerts at the Austrian Military Museum (HGM) in Vienna.

A rousing performance of John Philip Sousa’s “Star-Spangled Banner” eventually brought the evening to an end.